Why I’d Choose Ancelotti over Mourinho 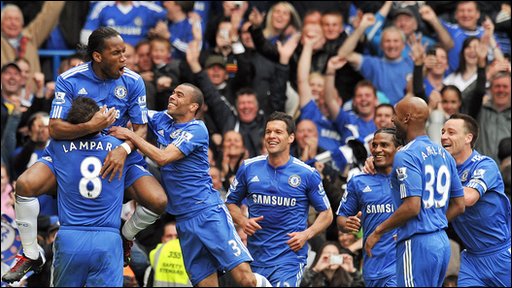 Everyone can admire the achievements of Jose Mourinho but, as a Chelsea supporter, I can honestly say that if I was given the opportunity to have any of the men who have managed Chelsea reinstated then he would be bottom of my list. Not counting Scolari, obviously.

I would, without doubt, choose to keep Ancelotti. I think this question would split a lot of football supporters and, really, I think that more people would be inclined to opt for Mourinho to manage their team. Ultimately, it’s a question of whether you favour success and efficiency or creativity and entertainment; whether you want football to be a science or an art.

You don’t even need to look at the records to know that Mourinho, statistically, had a better first season than Ancelotti. Both won the Premier League and a domestic cup each, and Mourinho got further in the Champions League. Mourinho’s Chelsea lost fewer games, won more, conceded less and finished with 9 more points in the Premier League. They had won the title by the 35th game – at this stage last season Ancelotti’s side lost to Tottenham and were starting to look like they’d slip up and allow Macnhester United to their 4th consecutive title.

Would you prefer to win the league with time to spare or do it emphatically on the last day?

Supporters who would prefer an Ancelotti would probably point to the entertainment factor associated with Ancelotti’s team. In his first league season Ancelotti scored 31 goals more than Mourinho’s Chelsea did. Also, after Mourinho spent £41 million on attacking players in his first season, his side didn’t score on 5 occasions – including 3 times at home. Ancelotti’s side scored in every game bar one, and scored 2 goals or more in all but two of their home games. At home, Ancelotti’s Chelsea scored an average of 3.58 goals per game, whilst Mourinho’s scored 1.84.

Would you prefer to stay unbeaten at home and concede only 6 goals, or lose one game but score nearly double the amount of goals and win all but 2 games at home?

Many have hailed Mourinho’s transfers and said that Ancelotti has merely inherited Mourinho’s team. It may be true that a large proportion of Chelsea’s best team were bought by Mourinho, but, I would argue, that a manager might prefer to be able to buy and pick his team, like Mourinho was able to. He spent over £90 million in his first season, compared with Ancelotti’s £20 million. Mourniho’s signings have included some of Chelsea’s current best players, but a lot of these players, notably Alex, Malouda, Mikel, Kalou and Drogba, have been much better under Ancelotti, than when managed by Mourniho, or any other managers.

Would you prefer a manager who spends lots and gets great results, or a manager who gets the best out of players who are already at the club and gives promising youth players a real chance in the first team?

Obviously there are a lot of extra factors which could be taken into account, but the most notable differences between Mourinho’s first season and Ancelotti’s are efficiency, entertainment and transfer activity (or inactivity).

To each question posed I would opt for the latter:

I would prefer to win the title emphatically on the last day.

I would prefer my team to score more goals and lose a few more games.

I much prefer the excitement and satisfaction of getting the best out of current players and improving the youth system, to spending extravagant amounts on fickle players who are likely to move on within a couple of season (6 out of 9 of Mourinho’s signings have now transferred away).

I want football to be an art; not a science. Winning the Premier League with Mourinho was a fantastic experience. In terms of entertainment, though, he was poor; there was the odd notably entertaining game, but supporters paying £50, or more, per game, deserve entertainme

Since the days of Guillit and Vialli Chelsea have been about flair and entertainment; with Mourinho came 1-0 home wins with the winners being scrappy headers from corners. Ancelotti has, so far, retained the success of Mourinho, whilst reverting back to the entertainment of Vialli’s Chelsea.

Success is great; but, in my opinion, football should, primarily, be about entertainment.