India
Home News why chelsea should not buy paul pogba

Chelsea have never been afraid to splash the cash on proven quality. Their policy has sometimes bore fruit, but backfired on a few occasions as well. The most obvious example of the latter case is that of Fernando Torres, who was signed for £50 million from Liverpool in 2011 but only managed 20 Premier League in three-and-a-half seasons with the club.

The Blues have at times been accused of not promoting their young players, some of whom have immense talent and potential. A similar case can be made at the moment, as Chelsea look to strengthen their central midfield area.

Cesc Fabregas and Nemanja Matic worked incredibly well in the early parts of the season and were inarguably the league’s best central midfield pairing. But now, with fatigue beginning to take its toll, their influence has waned. There is a widespread belief that Fabregas will do better if he is given a more free role in a more advanced position. The additional defensive responsibility that he shoulders in this deeper position is causing him to lose his influence on the opposite side of the pitch.

There are several options at Chelsea’s disposal. Juventus’ Paul Pogba is undoubtedly one of the best central midfielders in the world at the moment. The Italian, still only 22 years old, has grown in stature over the last couple of seasons, and is being courted by some of the top clubs in Europe including Manchester United and Barcelona.

The Telegraph reported yesterday that Jose Mourinho would be willing to sell the Brazilian duo of Ramires and Oscar to Juventus were he able to land Pogba from the Old Lady. The fee that Chelsea would have to pay would be a mammoth £74 million, and would make Pogba one of the most expensive transfers in history. Of course, selling Oscar and Ramires would recover a part of the cost.

But the question that needs to be asked is – Do Chelsea really need Pogba? While there is no doubt that a new central midfielder needs to brought into the side to provide more balance, Chelsea may find that the solution they need may be closer to home than they think. There are a huge number of players already on the Blues’ books who are ready to step into the first team.

One choice, who is anyway expected to be an integral part of the first-team next season is Ruben Loftus-Cheek. The 19 year-old has been a part of the Chelsea Youth Academy since the age of 8,  and has been heralded by Mourinho as a big player for the future. He has already been promoted to the first-team since February, and also made an appearance each in the UEFA Champions League and the Premier League. 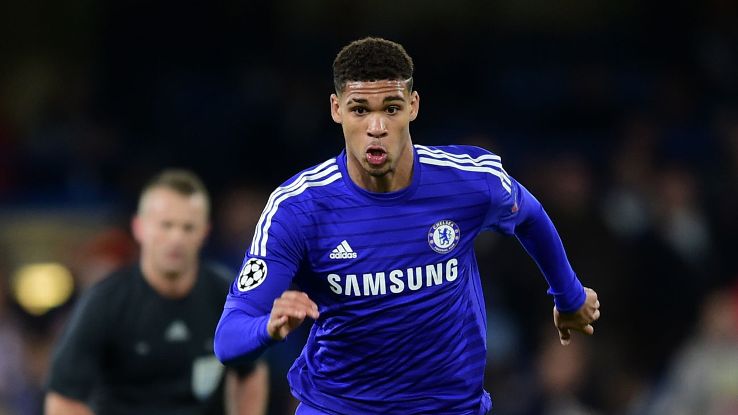 Apart from Loftus-Cheek, there are a large number of central midfielders that Chelsea have away on loan. Marco Van Ginkel, signed by Mourinho last summer, faced an unfortunate time on the sidelines after suffering an anterior cruciate ligament injury. This season, he has been loaned out to AC Milan, but has failed to make a mark at the San Siro. The 22 year-old Dutchman has bags and bags of potential, and could make the leap into the Chelsea first-team if given the opportunity and time.

Oriol Romeu is a forgotten man at Chelsea. He has been at the club since 2011, but has failed to establish himself in the first-team. He spent last season on loan at Valencia, and is currently playing his football in the Bundesliga with Stuttgart. Like Van Ginkel though, Romeu also has a huge amount of talent. He is still only 23, but whether he has a future at Stamford Bridge remains to be seen.

The other options from the youth academy are Nathaniel Chalobah and Nathan Ake, both of whom on loan at Championship side Reading. They have been billed as potential stars for years now, but are yet to make an impact in the first team. Also, Lewis Baker, who played a big role in pre-season, didn’t make a single appearance for the first-team before being loaned out to the lower leagues. Mourinho said before the season that he planned to promote the young players at the club, and now it remains to seen whether he lives up to his word.

Kurt Zouma has also shown that he can do a more than effective job in the defensive midfield role. In Nemanja Matic’s absence, he did a stellar job in that position in the Capital One Cup Final against Tottenham Hotspur in March. The Frenchman will in the future end up as the first-choice centre-back at the club, but has shown that he can be deployed in midfield when required.

Apart from these large number of solutions at the club, Chelsea also have the option of bringing someone in, but while adopting a parsimonious attitude. The likes of Marco Verratti, who was instrumental in keeping Cesc Fabregas quiet when Paris Saint-Germain knocked out Chelsea in the Champions League this season and Morgan Schneiderlin, who has proven his worth in the Premier League with Southampton, could turn out to be much cheaper options than Pogba.

While there is no doubt that the addition of Pogba will make Chelsea one of the most complete sides in Europe, the options that they have at the club also need to be considered. A more holistic approach will show that for the greater good, promotion of the talented young players at the club will be the right choice, rather than spending £74 million.

Do you think Chelsea should spend such a big amount of money on Paul Pogba, or should they go for the options already available at the club? Give us your thoughts by commenting below. Follow us on Twitter.