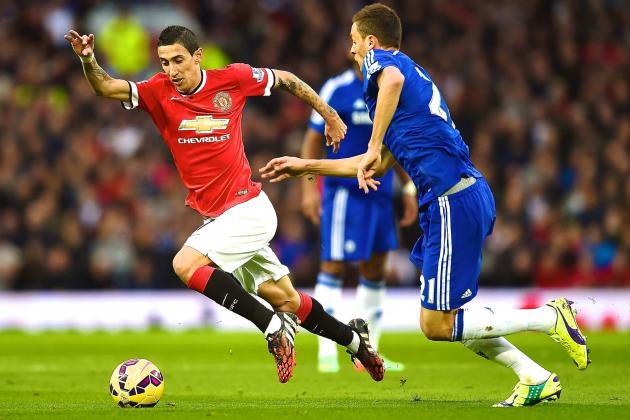 Although the FA Cup semi-finals mean it is not a full round of Premier League fixtures this weekend, one clash stands out.

League leaders and title favourites Chelsea host a resurgent Manchester United at Stamford Bridge, in what is sure to be a mouth-watering clash.

With the Red Devils and Arsenal in pursuit of the table-toppers, an away win would certainly enliven the remainder of the domestic campaign and see the title potentially go down to the wire.

However, there are a number of reasons that Chelsea seem to hold the upper hand in the clash and are the more likely of the two teams to pick up all three points.

United’s improvement of late deserves real praise, especially given the fact that they have beaten a number of top eight teams in their run of form.

Victories over Tottenham, Liverpool and Manchester City threaten to propel the Red Devils back amongst England’s elite, but facing Chelsea, away from home, is a different proposition.

Unlike wins over underperforming Spurs and City at Old Trafford, or against a Liverpool side that got its first-half tactics wrong at Anfield, United will have to lift their performance to the next level to defeat Jose Mourinho’s men.

Chelsea will know that a win over Louis van Gaal’s side will all-but hand them the title and as such the Blues will be motivated to record a positive result before travelling to take on closest rivals Arsenal in their next fixture. 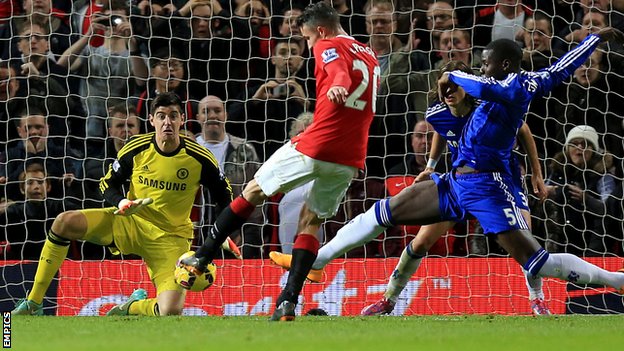 The league leaders have a venerable home record under Mourinho’s stewardship and have proven matchwinners to decide the clash – even without the injured Diego Costa.

Much of United’s dominance in recent games has come from midfield superiority, but this is certainly not guaranteed in West London on Sunday.

Michael Carrick, Ander Herrera and Juan Mata have bossed proceedings on the deck, while Marouane Fellaini has dominated in the air.

However, Chelsea are more equipped to deal with these threats that the visitors pose.

With Nemanja Matic and Cesc Fabregas in the heart of the home midfield, few teams have outdone the superstar pairing this term and Carrick and co will find the going tough in this area.

Meanwhile, the Blues are a physical team under Mourinho, with Fellaini sure to face considerably more resistance against Branislav Ivanovic, John Terry and Matic than he has against recent opponents.

From an attacking perspective, the hosts will look to get the ball to Eden Hazard, who will fancy his chances against Antonio Valencia, while Willian will want to make the most of Daley Blind’s lack of pace.

Fabregas will also want to make the most of the fact that United’s midfield lacks an out-and-out harrier and could be devastating if he finds space between the lines.

Although there is a chance that both sides would arguably be happy with a draw here to serve their wider ambitions, if one side does pick up all three points it looks likely to be Chelsea.