Who will replace Diego Costa in Chelsea’s trip to Newcastle? 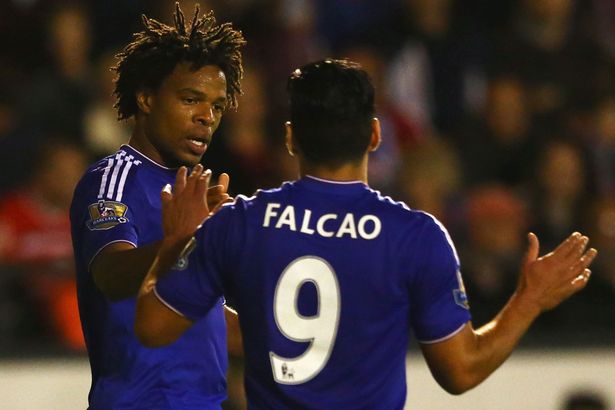 Chelsea have found some of their form from last season, winning 3 matches in as many competitions in the last week. They are still though, placed 15th in the table and face a trip to one of their least favourite Premier League grounds this weekend. The Sports Direct Arena, as it is now called (formerly known as St. James’ Park) is one of only two venues in the top-flight Jose Mourinho is yet to win as Blues’ boss.

The manager faces a big dilemma going into this one, with regards who will replace suspended striker Diego Costa. The Spaniard has not been at his best this season, but has still been the first-choice for Mourinho thus far.

Whether the retrospective three-match ban awarded to him by the FA is justified or not is a discussion for another day. The fact is that he will be absent from the game on Saturday, and Chelsea must turn to either Radamel Falcao or Loic Remy to come up with the goods.

The case for Falcao

The Colombian showed signs of his old self towards the end of August, when he scored his first goal for the Blues in a 2-1 defeat to Crystal Palace. Falcao was, not too long ago, one of the best strikers in the whole of Europe, but his drop in form in the last two seasons following an anterior cruciate ligament injury has been incredible.

He looked lively in midweek against Walsall, and his pace was a constant threat as he got in behind the opposition defence at will. He is not necessarily a useful target man at 5 foot 9, but the likes of Cesc Fabregas and Oscar can play threaded through-balls knowing that he will get on the end of them.

He needs to get back his confidence, and must use every opportunity he gets to try and score a goal or two.

The case for Remy

Remy was Chelsea’s most prolific striker on paper last season, scoring a goal every 92 minutes in all competitions. He was expected to be the second-choice this time and give Costa a real run for his place. Instead, he has found game time difficult to come by after severely disappointing Mourinho in the Community Shield against Arsenal in early August.

He did though, play in two of the three games in the last week, and got his first goal of the season with a fantastic first-time finish against Walsall in midweek. Despite playing out-of-position on the right rather than in his preferred centre-forward position, Remy looked a constant threat.

He played for Newcastle United on loan from Queens Park Rangers in the 2013/14 season, scoring 14 goals in the league for the Magpies. Playing against his former club could give him some extra motivation to perform well.

Mourinho said in his pre-match press conference that he trusts both these individuals to do the job if selected. It will be interesting to see who he goes with though, with Costa also suspended for next week’s game against Southampton. The Blues’ number 1 marksman hasn’t been firing this season and if his replacement excels in the next couple of games, the latter could well see himself in a position to cement a regular starting place in the side.