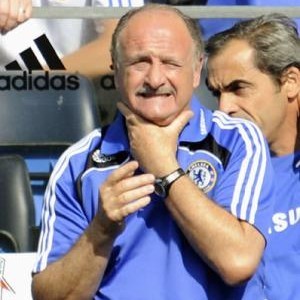 “Scolari reckons that Chelsea’s success is all down to him”, “Scolari insists that Chelsea’s current domination of England is thanks to him” and “I made Chelsea Great!” are ludicrous statements from a number of newspapers recently.

I’m sure many other football supporters, like me, were intrigued by how ridiculous and audacious these claims sound. Everyone who loves controversial/absurd statements like this will be disappointed when they read that Luiz Felipe Scolari was actually just pointing out that he has contributed to the progress of several Chelsea players.

However unfounded the headlines from various newspapers were this morning; they do raise an interesting question. How much, or little, have Chelsea’s previous 6 managers, in the last 7 years, contributed to the current success of the club?

Without Ranieri’s team defying the odds and qualifying for the UEFA Champions League in 2003, Abramovich probably wouldn’t have taken over the club and Chelsea wouldn’t have experienced the success that they have done in the last 7 years. Ranieri was also responsible for the signing of Frank Lampard and was the first manager to make John Terry a captain.

Despite this, he was sacked within a year of Abramovich coming to London because he wasted a lot of money, only finished second in the Premier League and only reached the semi-finals of the Champions League. As this information suggests, not many Chelsea supporters wanted him to leave the club. 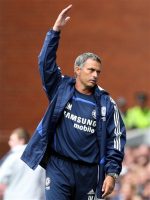 Mourinho’s instant impact at Chelsea meant that Ranieri was soon forgotten. Chelsea only lost 1 game in his first season in charge as they stormed to the title with a record number of points. There was more success the next year and then an FA Cup win the year after that. Despite his domestic success, Mourinho was surprisingly sacked after a slow start to the 2007-2008 season, some uninspiring signings, a lack of Champions League success and, most importantly, a scrappy style of football that didn’t suit Abramovich’s taste.

He brought the winning mentality and is not forgotten at the club. 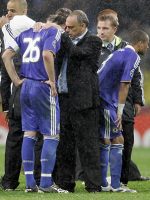 Grant never really stood a chance. Not until he begun to lead Chelsea towards a title fight did the Chelsea supporters, who were still mourning the loss of Mourinho, really begin to warm to him. Things could have been so different if John Terry had not slipped in Moscow. Grant may well have still been at Chelsea instead of fighting to keep West Ham in the Premier League.

However well Grant did in his short spell at the club, Abramovich was not convinced by his managerial skills and ruthlessly sacked him.

He took Chelsea to the Champions League final; this could prove a really important experience for the Chelsea players in getting there again this season.

He had a fantastic start to life in London but, within 7 months, Scolari was largely considered a liability by the players, supporters and, crucially, Roman Abramovich. He may, as he has claimed, have contributed to the development of a few crucial Chelsea players but he was the worst manager for Chelsea, on this list. The last 2 months of his Chelsea career were a terrible time to be a Chelsea supporter – especially for the humiliating losses at Old Trafford and Anfield.

If anything he took the club backwards. He may be thanked by a few players in 20 or 30 years, but he won’t be just yet.

Hiddink’s time at Chelsea was short and sweet. His original goal was to ensure that Chelsea qualified for the Chamipns League and he nearly mounted a serious title-challenge. He was also desperately unlucky not to lead Chelsea to a second Champions League final in a year. The players, the supporters and, probably, Abramovich didn’t want Hiddink to leave but he was still the national manager of Russia so there was not much hope of him staying.

He did really well and brought a little bit of belief back to the players after a tough year, or so.

Arguably, Ancelotti had the hardest job of all of these managers. He had come at a time where the supporter-confidence in the appointments of Abramovich was at an all-time low. There was a lot of worry that Ancelotti could emulate Scolari so it took a long while for Chelsea fans to truly believe in Ancelotti. As it transpired, Ancelotti, like Mourinho, led Chelsea to victory in his first year; unlike Mourinho, he did it in a style which suited Abramovich’s taste.

Ancelotti was, and is, exactly the type of manager that Chelsea need. He is a good manager who has brought the best out of Chelsea and he deflects the controversy that the English media are so keen to dig-up at Chelsea. 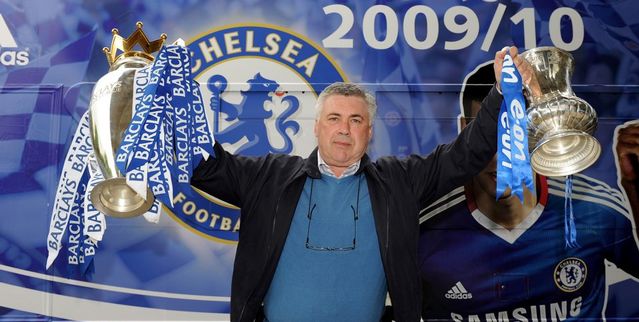 He really has done well. It was all set-up for him to falter like Scolari did, but he has actually put Chelsea into a better position than ever before. He is getting the best out of all of his players, he is gradually bringing younger players through the system and he is making Chelsea a better and more admirable team.