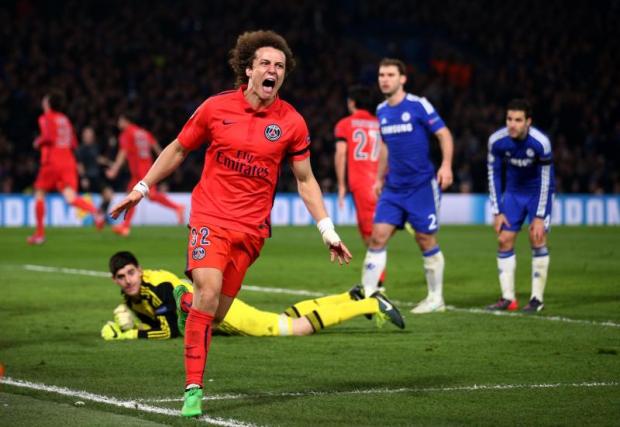 PSG twice came from behind to knock Chelsea out of the Champions League at Stamford Bridge on Wednesday night.

Chelsea manager Jose Mourinho said his side couldn’t cope mentally despite enjoying a numerical advantage for major part of the game.

“Our performance was not good enough,” said Mourinho. “The opponent was stronger than us, they coped better with the pressure of the game.

“We tried to win but the moment they had 10 men we felt too much pressure.”

He added: “Paris St-Germain deserved it. When a team can’t defend two corners and concedes two goals to corners they don’t deserve to win.”

Eden Hazard’s penalty following Thiago Silva’s handball looked all set for the home team to progress through but the Brazilian defender stole the limelight with a header six minutes from time.

Luiz said prior to the match that he won’t celebrate out of respect if he scores against his former team, but the Brazilian defender said he couldn’t control his emotion after scoring a late equaliser.

“I think we played a great game,” Luiz said after the match. “When we lost Ibra, our best player, you say ‘keep it simple.’ Play the ball to feet and keep possession as we need to score to qualify. It was amazing tonight the spirit. Every single player gave everything.

“It was good for me to score. I said before I didn’t celebrate but there was so much emotion I cannot control and sorry because I celebrated because of the emotion but I am so happy to qualify.”