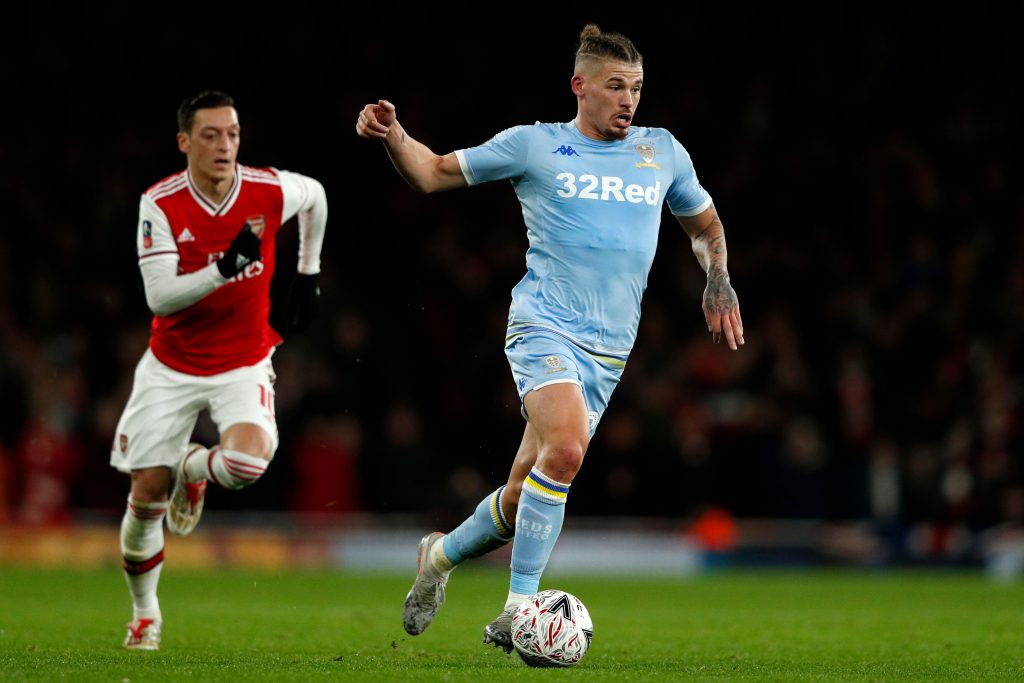 According to The Mirror, Liverpool and Tottenham Hotspur are interested in signing Kalvin Phillips from Premier League rivals Leeds United in the summer of 2021.

It has been reported that both Liverpool and Tottenham are ready to make a £50 million move for Phillips next summer and are also willing to double his £30,000-a-week salary.

The report has added that Spurs head coach Jose Mourinho and Reds boss Jurgen Klopp have been impressed with the displays produced by Phillips so far this season.

Leeds are a massive club, but Liverpool and Tottenham are bigger and regularly challenge for top honours or the Champions League places.

The Reds won the Premier League season last season and the Champions League the campaign before, while Spurs are playing in the Europa League in 2020-21 and will be aiming to finish in the top four in the league table.

A switch to the Reds or Spurs next summer would be a step-up for Phillips, who would get a wider audience to showcase his skills to.

True, Phillips is playing for England at the moment, but if he moves to Liverpool or Spurs, then he could cement his place in the Three Lions’ starting lineup.

However, there is a case to be made for Phillips not leaving Leeds, and that is an emotional one.

Phillips is a fan of the club, and his family members and the supporters will surely want him to carry on at Elland Road.

The 24-year-old played a big role in Marcelo Bielsa’s side winning automatic promotion from the Championship at the end of last season, and he will be a key figure for the team this campaign as well.

Leeds have grand plans for the future, and Phillips would become a legend among the fans if he is able to guide the team back to the Champions League.

Could Leeds be tempted into cashing in on Kalvin Phillips?

Leeds are unlikely to go down to the Championship at the end of the season, but an offer of £50 million could be very tempting for the West Yorkshire club.

True, the Whites would have to invest quite a bit of that money into signing a suitable replacement for the England international midfielder, but head coach Marcelo Bielsa is known for developing players.

Bielsa converted Stuart Dallas from a winger to a first-choice left-back at Leeds, and he has also made Liam Cooper good enough to play in the Premier League.

Then there is Patrick Bamford, who is banging in the goals for fun. The former Chelsea and Nottingham Forest striker has scored three goals and provided one assist in the Premier League so far this season, while in 2019-20, he scored 16 goals and gave two assists in the Championship, according to WhoScored.

Leeds will have a plan if indeed they receive a bid from Liverpool or Tottenham for Phillips next summer.