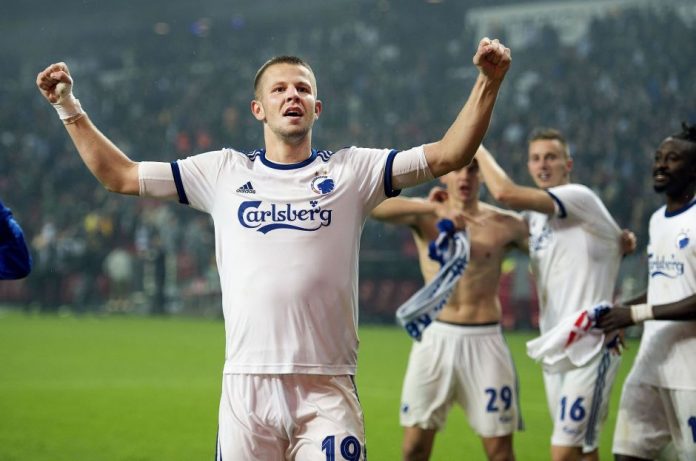 West Ham are thought to be interested in the FC Kobenhavn defender Denis Vavro.

According to a report from Il Messaggero (translated by SportWitness), the Hammers tried to sign him in the past few days.

West Ham made a last-minute attempt to land the 23-year-old but the player is thought to be heading to Lazio.

The Hammers need to sign a quality centre back this summer as Diop is their only reliable central defender. It will be interesting to see if they can improve that position in the coming weeks.

West Ham have been linked with the likes of Guillermo Maripan in the recent weeks but the move hasn’t materialised just yet.

Pellegrini will have to improve his defence if he wants to secure European football with West Ham next season.

The Hammers have an impressive attacking unit at their disposal but they are fragile at the back.

Vavro could have been a good addition to Pellegrini’s back four but it seems that the player has chosen Serie A as his next destination.

It will be interesting to be see whether West Ham have lined up alternatives for the centre back position.