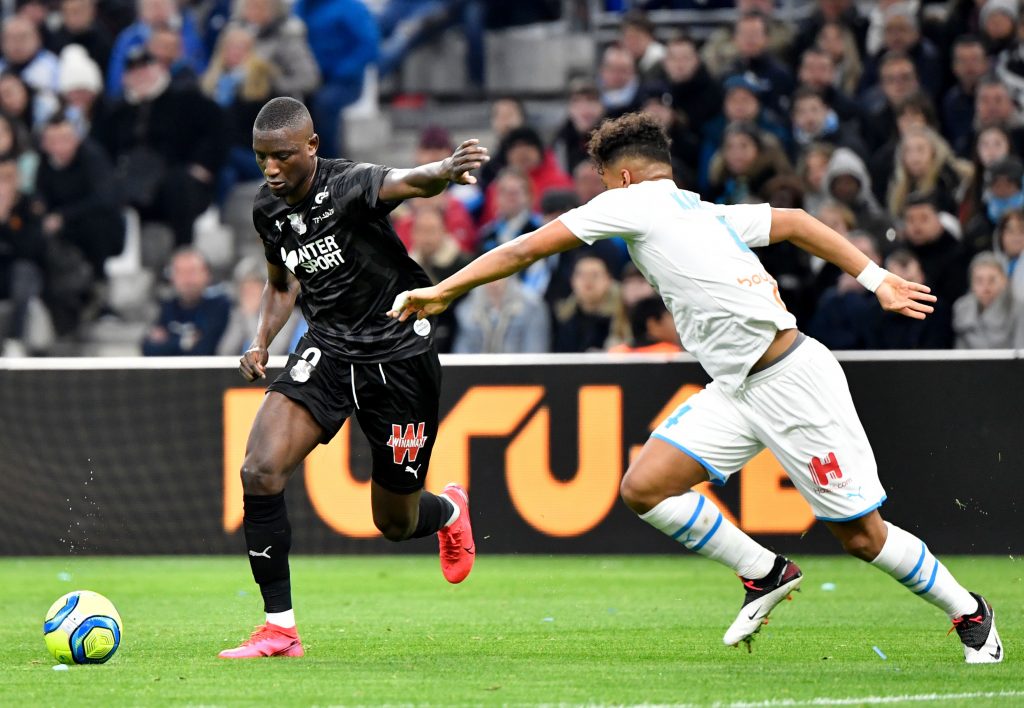 West Ham are keen on signing the Amiens forward Serhou Guirassy this summer.

As per L’Equipe, Rennes are keen on the player as well and the Hammers will have to move quickly to secure his services.

The report further claims that West Ham are preparing an offer for the forward.

The Hammers could use some depth in their attack and Guirassy would be ideal for them.

The 24-year-old Amiens forward has 9 Ligue 1 goals to his name this season and those numbers are likely to improve once he plays for a better side.

West Ham could use someone like him alongside Haller next season. Guirassy is a powerful target man who will improve the Hammers aerially and he will hold up the ball to bring others into the game.

His arrival would give Moyes the chance to use a different tactical approach if needed.

Apparently, Amiens want €20m (£18m) for the player and West Ham will be hoping to sign him for less.

It will be interesting to see where Guirassy ends up this summer. A move to the Premier League will surely tempt him.

Also, he is likely to earn more at the London club.

If the Hammers come calling with a good offer, Amiens and the player will be interested.