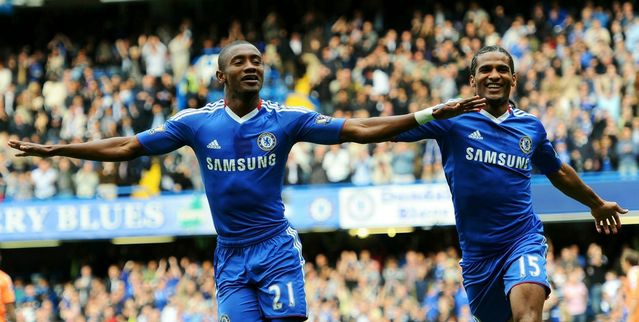 West Ham have made an approach for the former Chelsea striker Salomon Kalou.

As per Kicker (translated by GGFN), the 34-year-old is keen on leaving Hertha Berlin this month and the Hammers want to bring him back to the Premier League.

It will be interesting to see if West Ham manage to sign the striker before the window closes.

There is no doubt that they need some attacking reinforcements. Haller is the only reliable goalscorer at the club right now.

Kalou has played in the Premier League before and he might be a useful addition to Moyes’s squad. He could be a good back up for Haller. Furthermore, he might be able to adapt quickly and make an immediate impact.

The former Chelsea man has won the Premier League and the Champions League with the Blues. Apart from his ability as a player, he will bring some winning experience into the West Ham dressing room as well.

He has fallen out of favour at the German club and he has made just 3 appearances so far this season. A move to West Ham could give him one final chance to perform at the top level.

West Ham certainly have the means to pull off the transfer and it will be interesting to see what happens in the next few hours.