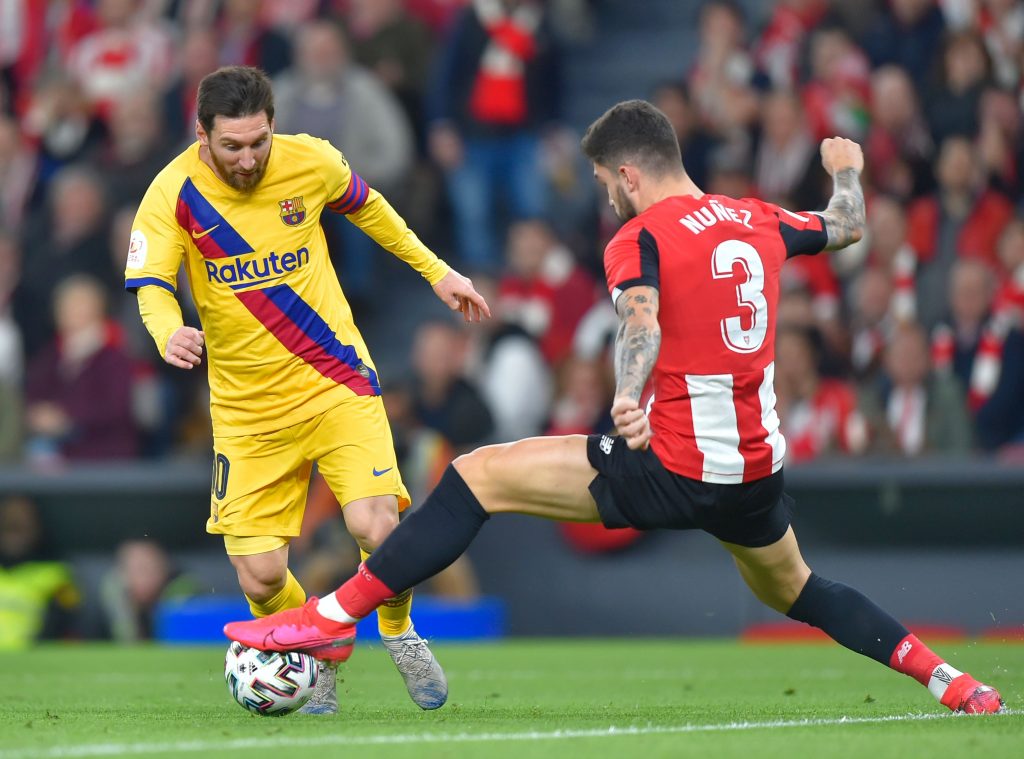 West Ham have been linked with a move for the La Liga defender Unai Nunez.

According to AS (cited by Evening Standard), the Hammers are keeping tabs on the player who has a release clause of around £26.4m. 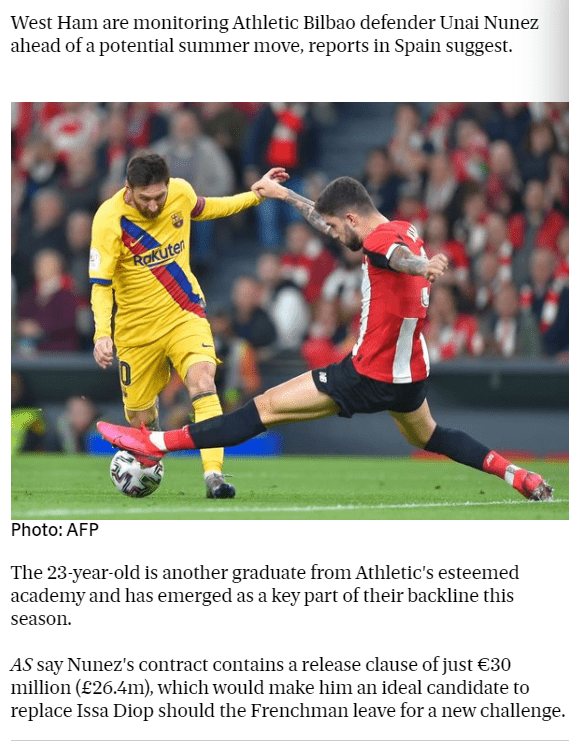 Issa Diop has been linked with a move away from West Ham and if the centre back ends up leaving the club, the Hammers will need a quality replacement.

The Athletic Bilbao defender is highly rated in Spain and he could be an excellent alternative.

West Ham have the means to pay the asking price for Nunez and it will be interesting to see if they make their move anytime soon.

The 23-year-old is a key member of Bilbao’s defence and they will not want to lose him anytime soon but the presence of a release clause could leave them powerless to stop a transfer.

For a player of his ability, £26.4m is a bargain in today’s market.

The Hammers must move quickly to secure his services or the other suitors could get involved in the chase.

Convincing the player could be tricky for the Hammers. Moyes’ men have had a season to forget so far and Nunez might want to join a club with a more ambitious project.