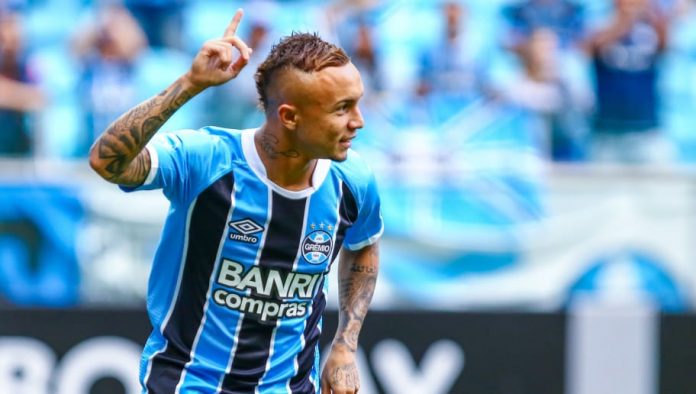 West Ham United are interested in signing the Brazilian forward Everton Soares as per Calciomercato.

The 23-year-old versatile forward has made quite a name for himself with Gremio and he has been linked with heavyweights such as Manchester United and Manchester City as well.

The attacker can play anywhere across the front three and he would be the ideal replacement for Arnautovic. He scored 17 goals in 2018.

The Austrian’s form has dipped rapidly since the turn of the year and the Hammers should look to move him on in the summer.

The South American might be tempted to make the step up to the Premier League and West Ham could be a good move for him.

Pellegrini has done well with young players over the course of his managerial career and he could help the Brazilian fulfil his potential.

Also, having a manager who speaks the same language will only help him.

Furthermore, he will be able to join up with compatriot Felipe Anderson who has been doing really well for the Hammers this season.

The player is valued at around £25.8 million and a club with West Ham’s resources should be able to afford that.