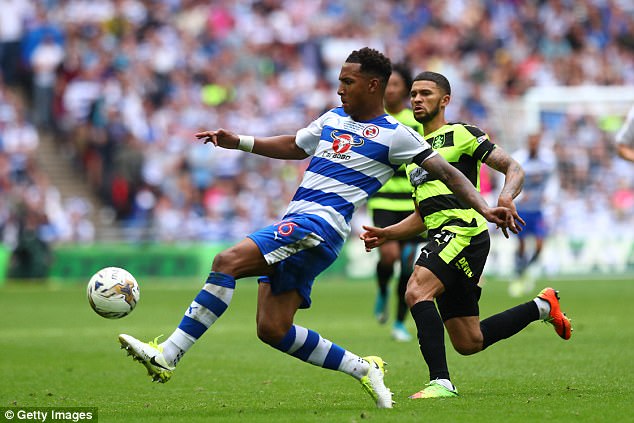 West Ham manager David Moyes is looking to improve his squad during the January transfer window and Reading’s Liam Moore is thought to be a target.

The Hammers have been very poor at the back this season and it seems that Moyes wants to save their season by strengthening at the back.

West Ham have conceded 23 goals in just 11 games in the Premier League and Moore would certainly help them plug the gaps at the back.

The former Leicester star has done very well at Reading and he would be a quality addition for West Ham.

Scottish champions Celtic are interested in the player as well but Rodgers will be worried about West Ham entering the race now. The Hammers are financially well equipped to sign the player ahead of their rivals. Furthermore, reports claimed that Moore is the number one January target for Rodgers.

The 24-year-old has improved a lot under the tutelage of Jaap Stam and he will be the ideal long-term replacement for Zabaleta and Fonte. Moore can operate as a right back as well and his versatility will be a major bonus for Moyes.

Reading paid £1.3million for Moore back in 2016 but the defender should cost a lot more after his outstanding performances in the Championship. It will be interesting to see whether West Ham make an official offer for him anytime soon.