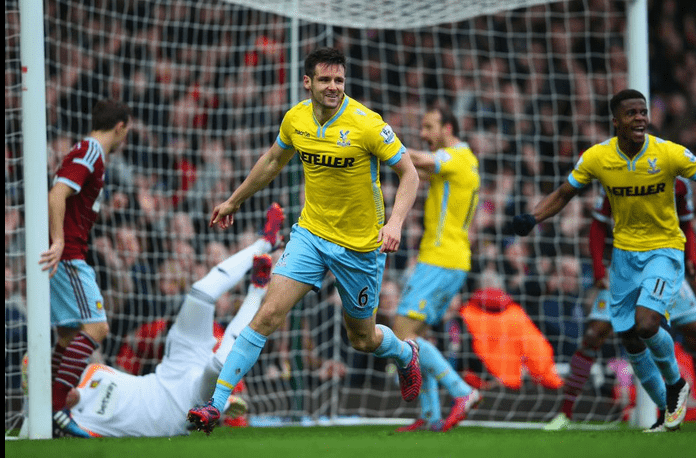 Crystal Palace put in a dominant performance as they steamrolled past West Ham by 3-1 at Upton Park despite playing with ten men for the last 20 minutes.

After a cagey beginning from either sides, the visitors took the lead thanks to an Aaron Cresswell own goal after it appeared that Glenn Murray’s header was tame.

The Eagles were lucky to take a slender lead right at half time.

Right after the restart, Scott Dan’s towering header from a corner taken from the right. Allardyce would be gutted as his players made a mockery of the half time team talk with their performance on the pitch.

Unsurprisingly, Glenn Murray made it three for the visitors with it’s another set-piece; Jason Puncheon again the architect from a well taken free kick.

Only West Ham have scored more headed goals (15) in the Premier League this season than Crystal Palace (9). pic.twitter.com/ZiPbr3INAV

Murray just got himself ahead of James Tomkins to stoop low and flash a header past the hapless West Ham keeper Adrian.

With just 20 minutes left for the game to end, Murray then received his marching orders with a clumsy tackle on Winston Reid, the epitome of a centre forward’s tackle as the player lost his head. Referee Mike Dean had no hesitation to show the red card.

West Ham did pull one back with Enner Valencia’s shot from the edge of the box.

The home side threw the kitchen sink but Palace held on. Pardew’s juggernaut rolls on as ever since he has been in charge of the Eagles, it has been nothing short of a dream for the Selhurst Park side.

Crystal Palace are confident of signing Celtic striker Odsonne Edouard before Tuesday’s deadline, according to Sky Sports. Several clubs across Europe have shown interest in the Celtic talisman throughout the summer, but it seems the… 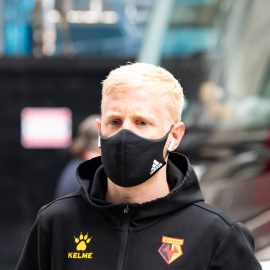 Journalist: Will Hughes to Crystal Palace is done-deal