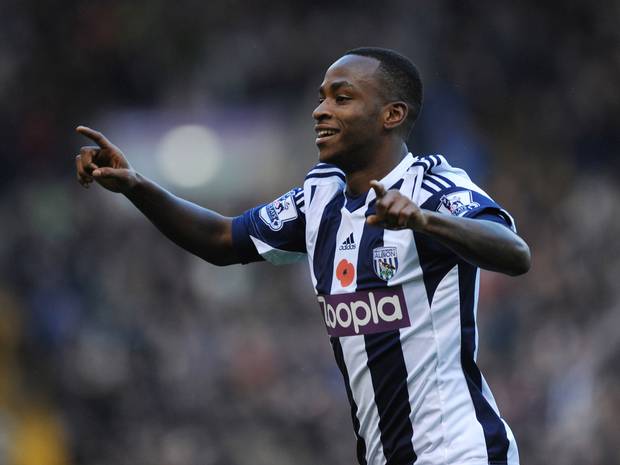 West Brom striker, Saido Berahino has delivered a damning message today for the club and its supporters. The England youngster has vowed to never play for the club again.

Berahino was linked with a move to Tottenham all summer, but the Baggies decided to turn down two substantial offers from the Londoners, in the region of  £18m and £22m.

West Brom have claimed that the deal was structured in a way, which would benefit the buying club (performance related bonuses etc).

Berahino took to Twitter, one hour before the deadline and launched into the West Brom chairman, Jeremy Peace. The West Brom striker claimed that he is not at liberty to disclose how the club has treated him, but will never wear the shirt again.

Sad how i cant say exactly how the club has treated me but i can officially say i will never play Jeremy Peace.

Saido Berahino submitted a transfer request, after refusing to sign a new deal at the Hawthorne.

Although, Berahino cut ties with Ward later, his desire to move was still there.

West Brom are determined to keep and the get the most out of Berahino this season. However, with the player’s public vow to never play for the club again, it will be interesting to see how Pulis manages to motivate the England striker.

It seems that the Baggies might have to rely on new signing Salomon Rondon for this season after all. Berahino scored 20 goals for West Brom last season and was their star player.