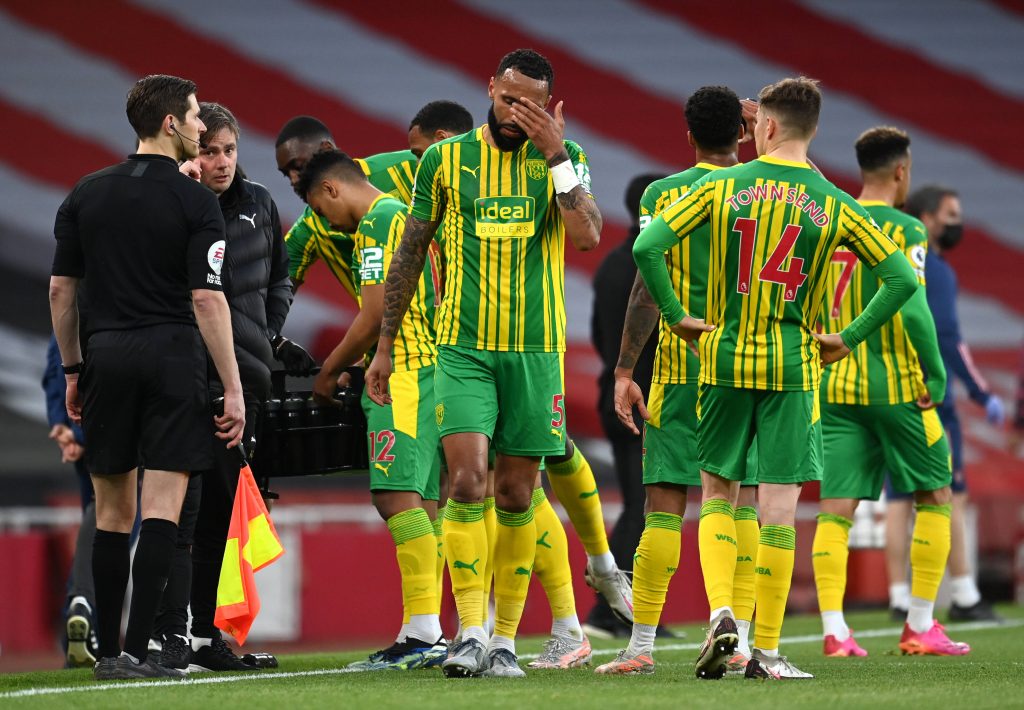 Well, it finally happened. After years of slogging to survival, Sam Allardyce has been relegated from the Premier League.

The unlucky ones to hire Big Sam and still go down? West Bromwich Albion.

It’s been a difficult campaign for the Baggies, who have sat in the bottom three for all but four weeks of the season. A defeat at the Emirates Stadium finally finished them off with three games remaining.

Here are five key games that determined their fate.

In the opening game of the season, West Brom faced a Leicester side who were eager for a good start having ended the previous campaign with crushing disappointment.

Slaven Bilic’s men have not been busy in the transfer market, bringing in only free transfers and players who had been at the club on loan during their promotion campaign. There was a severe lack of Premier League proven talent in their side.

This became evident in the second half of their opener. Having gone into the break goalless, the visitors came out firing.

Timothy Castagne netted a debut goal to break the deadlock, and Jamie Vardy converted twice from the penalty spot to secure a comfortable three points.

This was an indicator that things would be difficult for West Brom.

Into the seventh game of the season, and the Baggies are without a win, drawing three and losing three of their opening six.

Thankfully, their opposition were doing even worse, entering the game with just one point.

But Fulham managed to break their duck on that evening, strolling to a reasonably comfortable 2-0 victory.

Bobby Decordova-Reid and Ola Aina both struck in the first 30 minutes of the game. The away side had just one shot on target all game.

Having managed to secure impressive draws against Manchester City and Liverpool in their previous three games, there was hope that West Brom could push on and start picking up points.

In addition, Allardyce had been hired not long before. The former England boss may not be the most glamorous appointment, but he’s gained a reputation for being an expert in relegation battles.

When Leeds arrived at The Hawthorns, however, a number of these hopes were quickly dashed.

The Yorkshire side raced into a 4-0 lead in the first half. The first came via a comical own goal from Romaine Sawyers and was followed by strikes from Ezgjan Alioski, Jack Harrison and Rodrigo. Raphinha added a fifth in the second half, completing the humiliation.

This game, as well as the 4-0 defeat against Arsenal in their next outing, suggested that Allardyce would not bring the defensive stability that he’s renowned for.

Matt Phillips put the visitors ahead shortly before half-time, bundling home a rebound from loanee Mbaye Diagne’s effort. They had taken the lead and looked on course for a vital three points.

However, they let it slip in the second half. Jayden Bogle struck an equaliser, and veteran forward Billy Sharp got the winning goal in the 73rd minute.

The loss left West Brom needing to claw back a nine-point deficit in the final 16 games.

Seven games remain, and West Brom are eight points off safety. However, they had just picked up emphatic wins against Chelsea and Southampton, scoring eight goals in those two games. Despite their league position, there was optimism that they could perform a great escape.

Jamie Vardy bagged the first in the 23rd minute, and former West Brom man Jonny Evans doubled their lead three minutes later. In-form forward Kelechi Iheanacho made it three before half time, and that’s how the game remained.

Draws against local rivals Aston Villa and Wolverhampton Wanderers in their next two games proved not to be enough, and they were relegated after a 3-1 defeat against Arsenal.