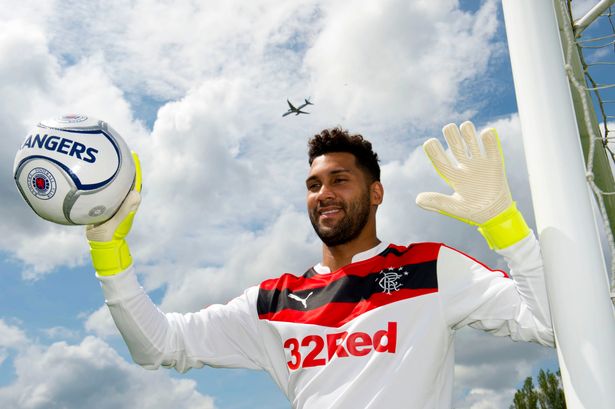 Rangers goalkeeper Wes Foderingham has hinted that his future could lie away from Ibrox.

The shot-stopper has been a back up to McGregor all season and he admits that it has been difficult.

Foderingham wants regular first team football and that is almost impossible at Rangers with the kind of form McGregor is in.

Speaking to Daily Record, he revealed: “I’ll look at all the options that are available to me. We’ll see where we’re at come the end of the season. We’ve had discussions and he (Steven Gerrard) knows I want to play. But I also know Allan’s playing well, so it’s difficult.”

It will be interesting to see if he decides to move on at the end of this season.

Steven Gerrard might not want to lose the Englishman but if the player decides to force a move, the Rangers boss will be helpless.

Foderingham is a fantastic back up option but he is clearly good enough to start for another side. At this stage of his career, he needs to play more often.

McGregor has been in fantastic form this season and he has rescued Rangers numerous times already. Gerrard will not want to replace his number one keeper just yet and Foderingham will just have to be patient if he decides to continue at Rangers.