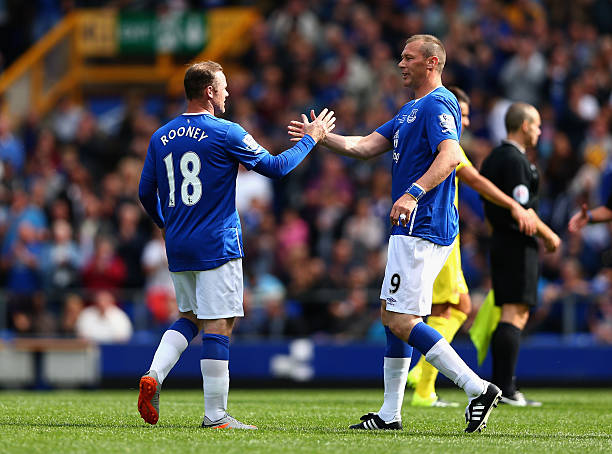 Everton travel to Manchester United on Sunday and will look to follow up last weekend’s victory against Chelsea with another top performance.

Duncan Ferguson inspired the Toffees to a 3-1 win at Goodison Park when Frank Lampard’s men came visiting, and Wayne Rooney reckons getting all three points at Old Trafford will probably put him in contention to become permanent manager.

“Duncan is Mr Everton and the players put in a real big performance  for him against Chelsea — and the fans needed that,” the Red Devils legend told The Sun of his former teammate.

“Fans needed to see that passion from the team, but also from the manager.

“If Duncan gets a win on Sunday it probably puts him in the reckoning to get it full-time.”

Ferguson, 47, has been on Everton’s coaching staff under each of the last four managers (Roberto Martinez, Ronald Koeman, Sam Allardyce and Marco Silva), and it will be interesting to see how he approaches tomorrow’s game.

The club are looking to appoint a permanent successor to Silva as soon as possible, and majority shareholder and owner Farhad Moshiri has the likes of Carlo Ancelotti, Unai Emery, and David Moyes on his radar.

It will take a huge performance from the players against United to convince Moshiri that Ferguson has what it takes to lead the team for the League Cup clash against Leicester City on Wednesday, and beating the Foxes to a semifinal berth will definitely boost his chances of becoming permanent boss.