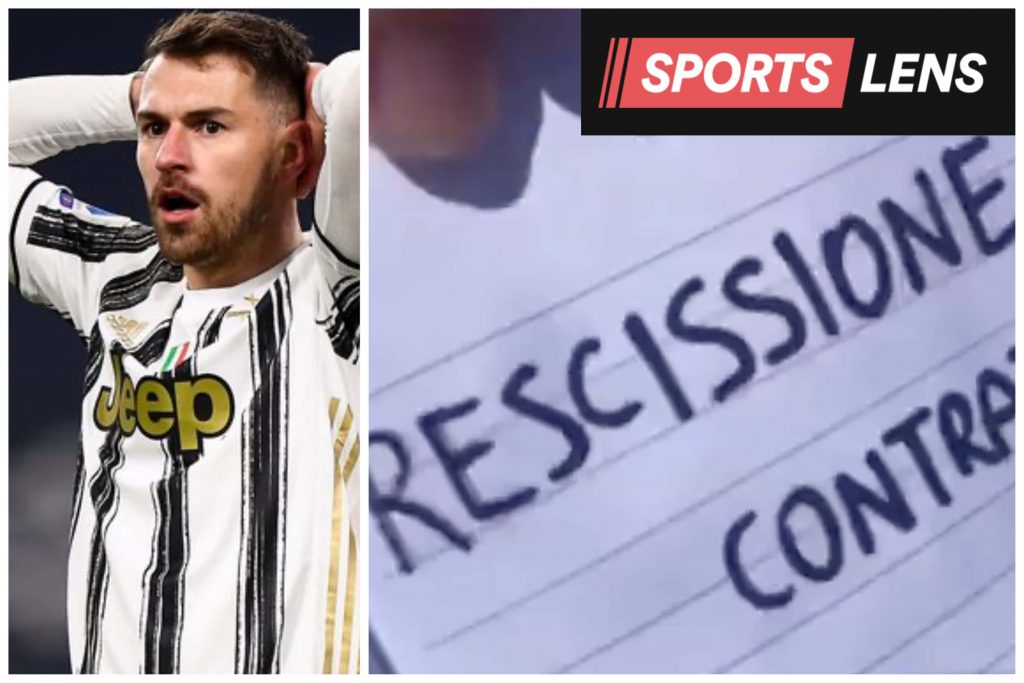 Aaron Ramsey’s return to Juventus is certainly not one that is expected to last very long, and one cunning Old Lady fan took it upon himself to let him know just that.

Having spent last season on loan at Rangers, Ramsey returned to Turin where he has endured a tough spell since moving from Arsenal in 2019.

It is no secret that both parties are eager for an amicable solution in order to end what has been a disastrous transfer. A dream homecoming to boyhood club Cardiff City has been touted as a potential destination, while Turkish Super Lig club Fatih Karagumruk, now headed up by former Bianconeri boss Andrea Pirlo, are rumoured to have taken an interest.

For now, he remains a Juventus player and upon arriving back in Italy, the Welshman took the time to sign autographs for fans waiting outside the training facilities.

A Juve fan outside J Medical made Ramsey sign a paper that says "contract termination" 😂pic.twitter.com/zgAIPxPXYC

Unfortunately for the 31-year-old, one sneaky fan decided to catch him out by handing him a piece of paper to sign, on which it said ‘rescissione contrattuale’ or ‘contract termination’.

Ramsey proceeded to put pen to paper and sign the fan’s deceptive document – it seems the want-away midfielder needs to brush up on his Italian.

This may be a pointless exercise however if his exit from the club is indeed imminent, but the prank which left Ramsey red-faced has been shared thousands of times by amused football fans.

Last season he made 13 appearances, scoring twice, but left on a low-point having missed the deciding penalty in the Europa League final against Frankfurt.