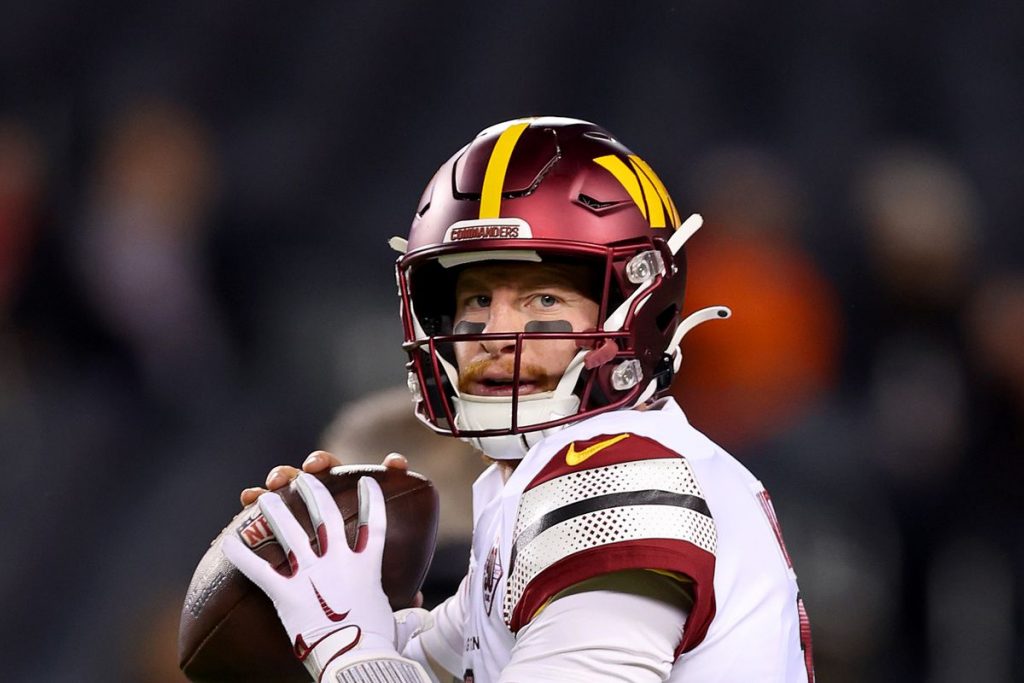 The Washington Commanders have taken the lead against the Chicago Bears 12-7 in the fourth quarter.

The Commanders capitalized on a muffed punt by Bears rookie Velus Jones Jr. The Commanders recovered the fumble at the six yard line.

The @Commanders recover the fumble and take over in great field position!#WASvsCHI on Prime Video
Also available on NFL+ https://t.co/0NxrLlxiBS pic.twitter.com/s2A9WIEywA

The Commanders then punched it in from the one yard line as rookie running back Brian Robinson scored his first touchdown of his career.

An awesome moment for Robinson as just a few months ago he was a shooting victim in an attempted robbery.

In just his second game back, he has been leading the team in carries and seems to have taken over the starting running back position and has shown some promise.

The Commanders proceeded to hold the lead on a final goal line stand. The Bears came up short on an incomplete pass to wide receiver Darnell Mooney. How close was it?

Commanders and Bears now share the same record at 2-4.