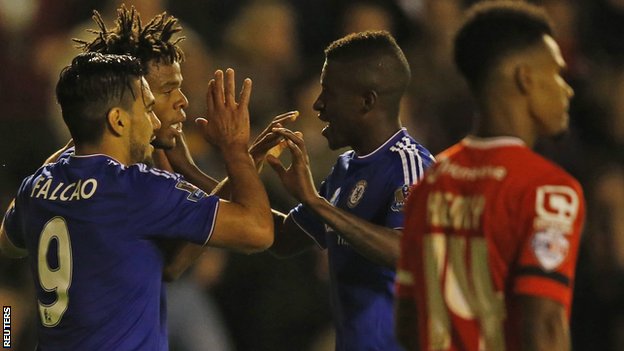 Chelsea began the defence of the Capital One Cup with a comfortable 4-1 win away at League One side Walsall in the third round. The Blues have now won three games in a row in all competitions, as they look to bounce back after a miserable start to their campaign.

The goals were evenly split in either half, with Ramires, Loic Remy, Kenedy and Pedro getting on the scoresheet. James O’Connor was the goalscorer for the home side. Jose Mourinho named three central midfielders in the starting line-up, opting for a 4-3-3 formation with Ramires, John Obi Mikel and Ruben Loftus-Cheek in the centre of the park. John Terry captained the side in his 650th start for the club, while Abdul Baba Rahman played at left-back in place of Cesar Azpilicueta.

Up front, there were first ever starts for Radamel Falcao and youngster Kenedy. The latter looked lively throughout the match, and looks a real prospect for the future.

Chelsea dictated proceedings in the opening minutes, with Walsall goalkeeper Neil Etheridge needing to be at his best to thwart Ramires and Falcao. He could do nothing about the Brazilian’s opener though on 10 minutes, as Kenedy’s cross from the left was headed in by the midfielder for his first goal of the season.

After creating some more goalscoring opportunities, including a Falcao effort cleared off the line, the Blues doubled their lead 5 minutes before the break. Ramires was the provider this time, as his threaded pass was finished first-time by Remy into the high part of the net. This was also the Frenchman’s first goal in a season he has found gametime hard to come by.

The home side though, were not willing to give up without a fight as O’Connor halved the deficit seconds before the break.

Chelsea though, did not break stride in the second period and continued to run the game. Kenedy restored the two-goal advantage 6 minutes after the restart. The 19 year-old has been a real breakout star for the Blues this season and was visibly delighted at scoring his first ever goal for the club. 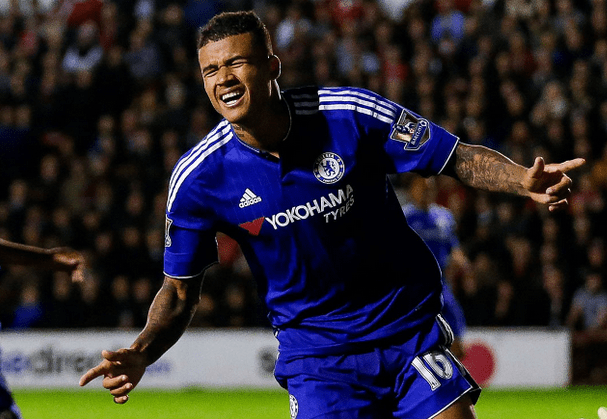 Walsall kept pushing, but found the Blues’ backline difficult to penetrate. Most of their chances came from efforts from distance. Further gloss was added to the scoreline in injury time by substitute Pedro, who beat a couple of players before beating Etheridge with a low shot from outside the box.

Mourinho will know that despite the new-found positivity at the club, Chelsea will have to kick on without looking back. They have already lost the same number of games in their first 6 league games that they did in the whole of last season and cannot afford any more slip-ups in the next couple of months. Two of their wins have come against sides admittedly much weaker – Maccabi Tel-Aviv and Walsall. The third victory against Arsenal was, of course, marred in controversy with the Gunners reduced to 9 men.

Their next assignment is a tricky one, away at Newcastle. The Magpies haven’t won a single game this season so far, but always play well against Chelsea. St. James’ Park is one of only two grounds in the Premier League Mourinho has never won. Steve McLaren’s men also managed a draw at Old Trafford last month, which shows that they can pick up their game against the big sides.

Who will replace Costa?

Diego Costa has been banned for three games following his antics against Arsenal on Saturday, and it remains to be seen who replaces the Spaniard in the next couple of games. Both Falcao and Remy had a chance to show to their worth last night, even though the latter was played slightly out-of-position on the right.

Falcao has looked lively whenever he has played and did offer a constant threat with his pace to run in behind the opposition backline. It was Remy though, who got the goal with a clinical finish.

The 4-3-3 formation worked well here, but it is likely that Mourinho will revert back to the 4-2-3-1 come Saturday. Loftus-Cheek had another solid game and will be a regular starter in the side not long from now. The Englishman is still only 19, but looks extremely comfortable and composed on the ball.

The star of the night though, was Kenedy, whose goal and assist propelled him further closer to the first-team.

Chelsea haven’t been too keen to integrate talented youngsters into the side in the past decade or so, but that may be changing now.