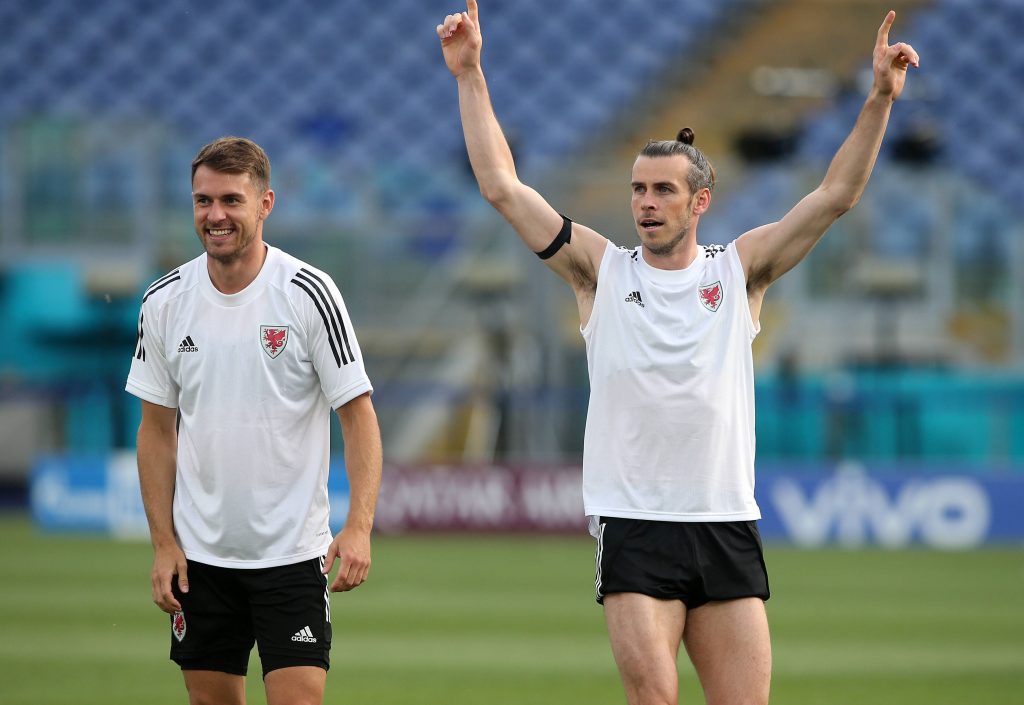 Wales and Denmark will square off against each other on Saturday at the Johan Cruijff Arena in an intriguing Euro 2020 last-16 showdown.

After reaching the semi-finals on their European Championship debut in 2016, Wales will be looking to replicate similar success this summer.

Meanwhile, Denmark successfully negotiated their last appearance in the Euro round of 16, although it was back in 2004.

Wales finished runners-up to Italy in an exciting Group A despite accruing a win, a draw and a loss from their three group stage fixtures.

However, the Dragons come into this showdown in high spirits, having suffered just two defeats in their last 16 internationals across all competitions (W10, D4).

Inspired by a fairytale run to the semi-finals at Euro 2016, Rob Page’s men are looking to defy recent scoring problems that have seen them draw a blank in three of their last five outings.

Wales standout performer Gareth Bale chipped in with two assists during the group stage but has yet to find the net at the tournament after scoring three goals at Euro 2016.

The Real Madrid forward was on the scoresheet when the teams last met in the Nations League in November 2018, though his side lost that encounter 2-1.

Aaron Ramsey has attempted 16 of Wales’ 97 shots across their two appearances at the European Championships, converting one of them in a 2-0 win over Turkey on Matchday 2.

After commencing from the bench against Italy in their final group stage game, Kieffer Moore should return to Page’s starting line-up against Denmark.

The Cardiff City striker fired the Dragons to a 1-1 draw against Switzerland in their Group A curtain-raiser, taking his tally to six goals in 20 appearances for Wales.

Devastated with Christian Eriksen’s on-field collapse against Finland in their tournament opener, Denmark looked to be on the cusp of suffering early elimination.

However, Kasper Hjumland’s men picked themselves up from back-to-back defeats at the start of Group B to become the first nation to qualify for the European Championship knock-outs after losing the opening two games.

After converting just one of their 44 shots against Finland and Belgium, Denmark put four goals past Russia from 15 attempts on Matchday 3 to claim a convincing 4-1 victory.

Excluding their march to the Euro 1992 title, Danish Dynamite have picked up just one win in seven knock-out matches across major tournaments (L6).

Tottenham star Pierre-Emile Hojbjerg has been a beating heart of this team at Euro 2020 so far, delivering three assists in as many appearances.

Despite missing a penalty against Finland, the 25-year-old midfielder remains crucial to Denmark’s hopes of overcoming Wales.

He looks to become the first Danish player to rack up four assists at a single major tournament.

RB Leipzig’s Yussuf Poulsen has been equally significant to Hjumland’s set-up at Euro 2020 thus far, scoring in his last two appearances in the competition.

If he finds the net against Wales, he will tie Denmark’s record of three goals netted by a single player at the European Championships.

Going back to June 1999, Denmark have won each of their three competitive meetings with Wales, including a Nations League double back in 2018.

None of the previous ten encounters between these teams have ended in a draw, with the Danes boasting a slightly better H2H record with six wins and four losses.

Staying compact at the back will be of the essence, especially considering six of the last nine matches between Denmark and Wales saw the winner keep a clean sheet.