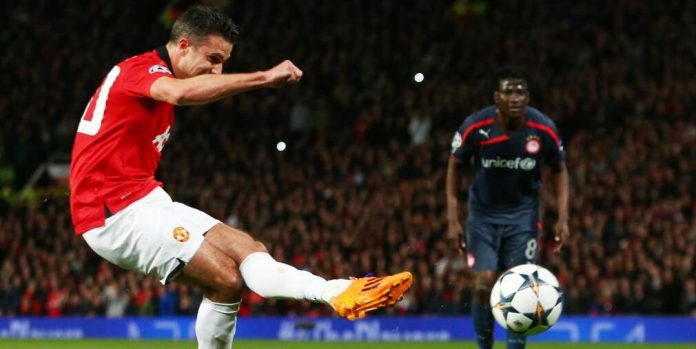 Manchester United lead Olympiakos 2-0 in their Champions League last 16 second leg at Old Trafford, with a Robin van Persie double dragging David Moyes side level on aggregate going into the second half.

The Dutchman was fouled after bringing down Ryan Giggs’s delightful ball over the top, and dispatched the spot-kick powerfully to the right of the Olympiakos goal to put the Red Devils 1-0 to the good, 1-2 on aggregate.

Van Persie then steered in Wayne Rooney’s low cross to bring the tie level, with United 2-0 up on the night.

United need one more  to go through outright. Can they do it, or will Olympiakos get back in this?