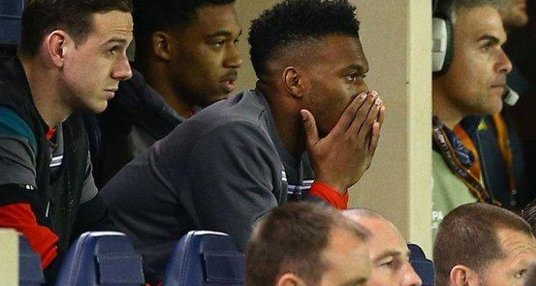 We took a look at the major talking points as Liverpool suffered a 1-0 defeat against Villarreal in the first leg of the Europa League semi final clash at El Madrigal on Thursday.

Liverpool did well to frustrate the home side, but a late goal from substitute Adrian Lopez had shifted the tie slightly in Villarreal’s favour.

Roberto Firmino hit the woodwork while Alberto Moreno and Joe Allen missed golden opportunities, leaving Liverpool plenty to do at Anfield next week.

Jurgen Klopp has issued a warning that it will be a completely different game at Anfield, with home fans hoping to create a special atmosphere worthy of the occasion.

Liverpool must believe they can still win this tie

Klopp would have happily accepted a 0-0 draw, but he will feel the game is still far from over. He said in his post match press conference that his team will be ready for the second leg at Anfield.

Liverpool will be confident enough going into the second leg, knowing they capable of turning the tide around, and can draw inspiration from the manner in which they defeated Borussia Dortmund at home earlier this month.

However, with a goal down from first leg, it makes the return leg at Anfield horribly nervy. Liverpool will have to score on the night, and the same time make sure they do not concede, as one Villarreal goal will leave the Reds needing three to progress.

Since arriving at the club, Jurgen Klopp has barely set a wrong foot and it is hard to find any fault in his methods. He is a very good manager, and his actions are always well planned.

However, he made a seriously poor decision on Thursday night by not bringing Daniel Sturridge at all during the game. The decision to bring Jordon Ibe and not Sturridge in place of unwell Philippe Coutinho at half time was baffling and it has potentially damaged his side’s chances of progressing to the finals.

Klopp wanted a safety approach to the game and thus not selecting Sturridge in the starting line up was understandable. However, not using him at all in a European semi final especially when Villarreal didn’t look enough threatening throughout the night, was a foolish decision.

Sid Lowe of the Guardian notes: “For Sturridge, there should be too – next week, at least. Beyond that seems less clear; his role in this team remains ill-defined.”

The England striker started the bench for the third European game in a row, but with Liverpool needing to win at Anfield, Klopp will be hoping for a special performance from the former Chelsea striker.

With Divock Origi injured and Christian Benteke not in Klopp’s first team plans, Sturridge is certain to spearhead the Liverpool attack next week at Anfield.

Two players – Bruno Soriano and Denis Suarez – were simply outstanding for the Yellow Submarine on Thursday night. Soriano, the deep lying midfielder has been simply brilliant and caused Liverpool trouble with his crisp passing and movement.

Likewise Suarez was the creative force behind almost every Villarreal move, and his unselfish pass to Lopez in the end broke Liverpool’s resilience in the dying minutes of the match. Keeping both of them away from influencing the game will be key for the Reds in the return leg.

With both Emre Can and Jordan Henderson missing against Villarreal through injury, the onerous burden fell on to the shoulders of Joe Allen, and the Welshman passed with flying colours.

He dominated the midfield and was fantastic in every aspect of his game on Thursday night, barring one missed opportunity which he should have scored. His growing influence in the side is a timely reminder why he should be given a new contract this summer.