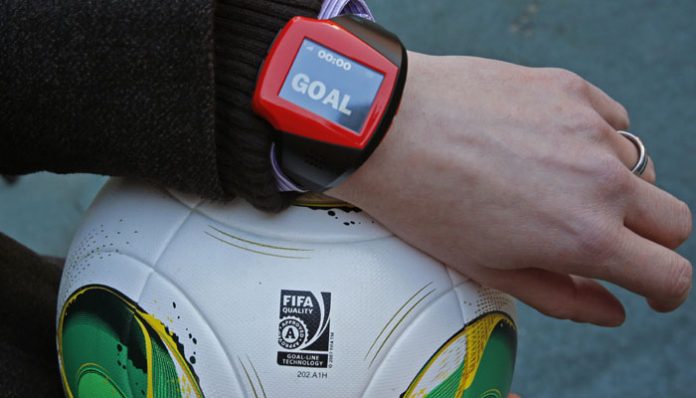 No sooner had two major football organisations been dragged kicking and screaming into the 21st century, FIFA and the Football Association (FA), with goal-line technology, than we started getting cries to expand said technology to other adjudication within the game, offside for example.

That of course led to calls from died in the wool traditionalists that `human error` is part and parcel of football and should be left alone and technology should only be applied to goal decisions. More on that later for football fans in general and Spurs/Man City fans in particular.

There is a moral issue here as much as there is a fiscal one. Why should major football be considered more important than the game at any other level, though of course it is when one considers the pre-eminent position it occupies in the media.

Life as much as football isn`t fair and the elitism which is profound at the top level of the game reinforces that perception on a regular basis.

In our domestic game there is certainly enough money floating around to provide video-technology at all 92 grounds in the country though of course that technology is already in situ at all Premier League grounds and of course at grounds outside the Premier League for clubs that were relegated from that division.

Hawkeye, which equipped Premier League clubs did so at a cost of approximately £250,000 per stadium. Once installed the equipment requires minimal cost to maintain. So 92 clubs at a quarter of a million pounds per, incurs a bill of £23 million minus the figure, already spent. Small change when the overall income of the Premier League has already exceeded £3 billion ( in 2015 that figure stood at £3.3 billion).

So, no real reason why the money could not be found. Then there is the moral issue. Football history is littered with erroneous goal decisions. Decisions that affected fortunes and destiny. Who can forget the FA Cup semi-final of 1996-97 when referee David Elleray ruled out an effort from Chesterfield`s Jonathan Howard, very similar to Geoff Hurst`s 1966 effort, that would have given the Spireites a potentially unassailable 3-0 lead against their Premier League opponents Middlesbrough. A goal that might have, for the first time ever, sent a third tier club to the FA Cup Final.

More recently and far less publicised at the Keepmoat Stadium, in September, Doncaster Rovers, struggling near the foot of League One took a 1-0 lead against Oldham. The Latics then managed a dubious leveller when Oldham`s centre back Burns headed goalwards and his effort was cleared off the line.

The referee waved play on but the assistant referee flagged and informed the ref that in his opinion the ball crossed the line. A goal was awarded and the game ended 1-1. The potential loss of the two extra points could be critical for Rovers at the end of the campaign.

Had video technology been available there would have been no uncertainty. Indeed, since goal-line technology became part and parcel of the modern game, one would be hard pushed to find ANY disputation of a goal being awarded or not awarded. Quite simply the evidence is there for the eyes to see.

Back to the fiscal imperative. There is a major argument for the Premier League to foot the bill for clubs outside the top flight, or at least contribute to the cost of video/goal-line technology. Very often Premier League clubs are drawn against clubs from lower down the football pyramid in cup competition.

You wouldn`t get many complaints from Mourinho or Wenger if the goal line camera prevented a League One club, for example, from benefitting from a goal line decision that ensured a giant killing. Conversely any manager who stays in the cup or progresses because goal-line technology ensured a goal by their team stood when it looked dubious to the naked eye would be grateful for the minimal investment that allowed them to keep face and maintain the status quo.

So, surely, it has got to be in the best interests of clubs, in particular, and football, in general, to ensure a level playing field when it comes to adjudication of goals. Whether or not video technology has a place in the game for other decisions, be they off-side, fouls, or the more subjective decisions such as diving to win free-kicks, penalties or ensure red and yellow cards, that is another, wider, question.

On the last Saturday of September, 2015, at an unearthly early kick-off time Tottenham trounced Manchester City 4-1, at about the time this article was being written. Paradoxically there were three instances where, if video technology were considered for adjudication other than goals, the result at White Hart Lane may have been different.

Perhaps the most controversial decision was when Spurs full back Kyle Walker crossed from a blatantly offside position. What made the officials` decision not to penalise more incredulous was the fact that the player was directly in line with the assistant referee, on that side of the field.

It wasn`t even close but it looked as if the assistant was actually looking at the ball when it was played in to Walker and by the time he moved his line of vision forward the move had developed to the moment Dier scored from the move.

It would seem to make a nonsense of the arguments of those supporting the `human error` element when every pundit examination of the incident, not to mention those of us with decent eyesight, could see it was offside.

Interestingly, before he was caught up in the Sepp Blatter scandal, his heir apparent for the FIFA Presidency, Michel Platini, was an opponent of video technology, preferring instead the introduction of two extra referees instead.

Presumably because of a leaning towards human error rather than the millimetre accuracy of Hawkeye because, of course, of the resounding success of the extra officials behind the bi-line for UEFA games, NOT.

Without question Frank Lampard`s `ghost goal` in the 2010 World Cup was the catalyst to the adoption of video technology by FIFA and the Premier League. Perhaps the controversial Tottenham goal against Manchester City may lead to a more determined drive to video technology across the board in professional football.

The game demands it and the spirit of fair play requires it too.