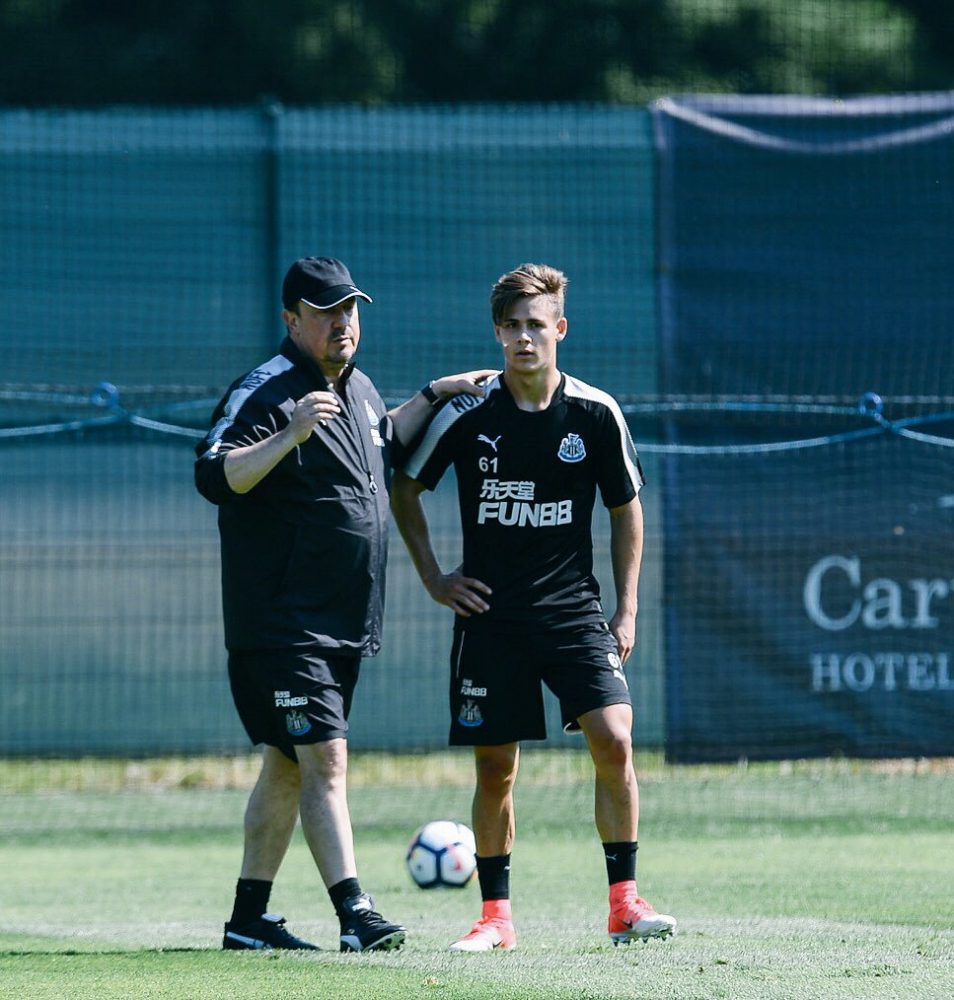 Victor Fernandez made his senior debut for Newcastle United during the club’s friendly match against Royal Antwerp in Spain on Sunday.

The Magpies weren’t involved in the weekend’s Premier League matches, so Rafael Benitez and his side took a trip to Spain as the players maintained their fitness over the international break.

Fernandez was one of the players who took part in the game and the youngster really impressed. The 19-year-old tweeted after making his Newcastle senior debut.

So happy for my debut with the first team in a friendly. Let’s keep working hard for more opportunities #nufc #toonarmy??⚽ pic.twitter.com/b9yarNvx2E

The game was separated into thirds of 45 minutes, and Fernandez played in the final portion of the match against Antwerp that ended 1-1.

Fernandez grabbed the opportunity with both hands and offered a constant threat on the right-wing. He was direct and willing to take a man on, and his performance was appreciated by the Newcastle manager.

However, it remains highly unlikely that Fernandez will get an opportunity to play in the Premier League this season, especially when the stakes of survival are so high.