Vertonghen: Tottenham vs Chelsea is the top Premier League game 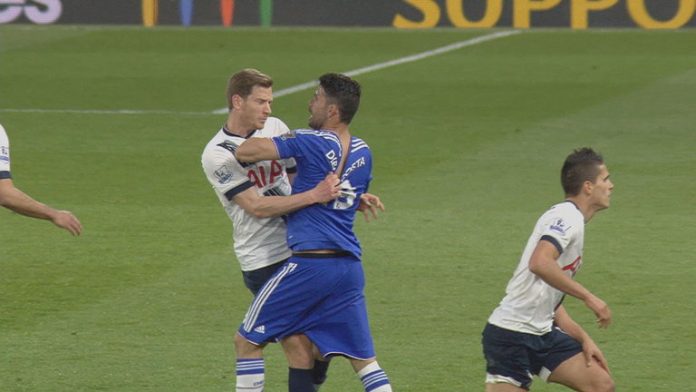 The two teams head into Sunday’s clash at Wembley, where Spurs will play all their home games this season, on the back of two very different results.

Spurs got their Premier League season off to a perfect start, beating Newcastle United 2-0 at St James’ Park, while Chelsea crashed to a 3-2 home defeat against Burnley.

Mauricio Pochettino’s men lost 2-1 to the Blues last term at Stamford Bridge, but gained their revenge at White Hart Lane with a 2-0 success.

Vertonghen told the BBC: “Yeah I agree (with David Luiz), they are great games.

“Everyone is talking about this fixture being a new rivalry – is it bigger than Arsenal or Man United?

“Playing Chelsea is very special. It’s the first game I’d want to see if I was a neutral fan.

“I think it’s best game to watch football wise. We’ve got a lot of respect for each other.”

Jenas believes club chairman Daniel Levy should insert a bumper buyout clause in the player’s contract to protect their most prized asset.

“From Tottenham’s point of view it may be a bit scary, as I don’t see how they keep him if he has another fine season and then performs well for England,” he told BT Sport.

“You can pretty much say he has gone to Real Madrid or Barcelona just like that.

“If he can get 15 to 20 goals this season and perform as he has been doing, you won’t talk about him as a young player at the end of the season, he will be world class.

“He isn’t frightened by that challenge, he is ready for it. The beauty about Dele is that he has the right mentality.

“I felt he had that last year. People were asking if he was the real deal or not and he answered every one of those questions.

“If I was Daniel Levy I would be putting £200 million on him right now and I know he won’t take a penny less. He’s that valuable to the club.”