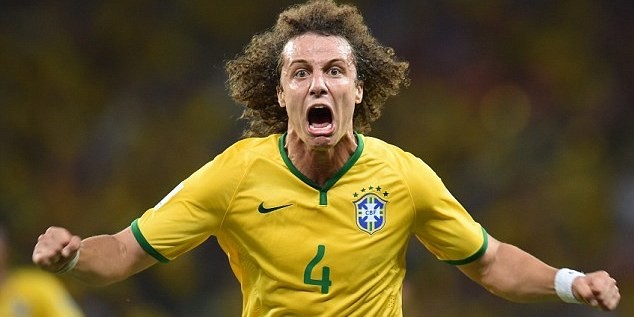 Brazil 2014 equaled the record for the highest number of goals scored in a World Cup finals competition and has been hailed by some as the best World Cup of all time.

Now, thanks to the guys at Sports Matrix, we can analyze many of the stats surrounding all those goals. Let’s focus on the most memorable ones and check out some videos to refresh the memory and whet the appetite. 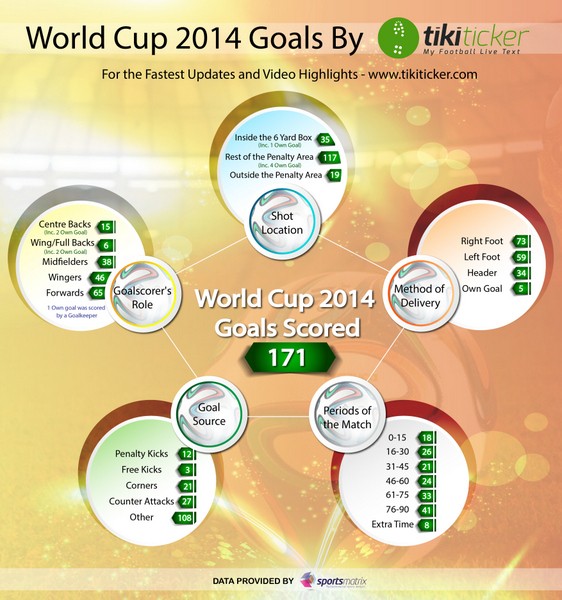 Tap-ins to screamers – Where the shot originated from 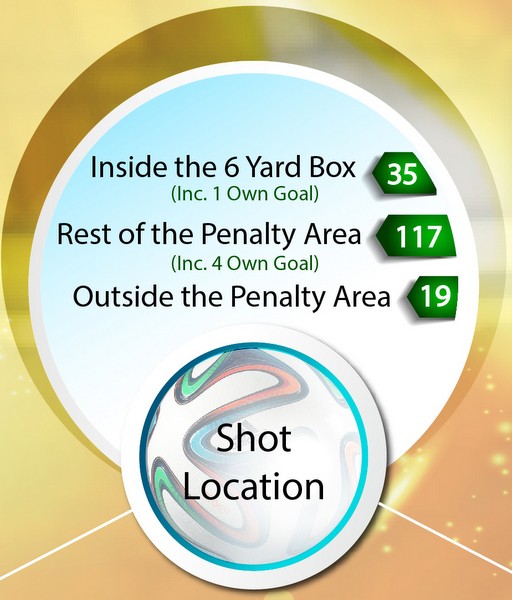 Around 70% of the goals in the finals were shot from inside the penalty area (almost 90% if you include the ones inside of the 6-yard box) and one of the finest of those was Tim Cahill’s peach of a strike against the eventual 3rd placed nation; the Netherlands.

It was a game that Holland were expected to win convincingly, with the Socceroos the lowest ranked team in the competition and the Dutch fresh on the back of devastating the title holders. Cahill wasn’t going to let the stats tell the whole story though, scoring this dream goal immediately after Australia had gone a goal down.

Limbs and appendages – What the goal was scored with 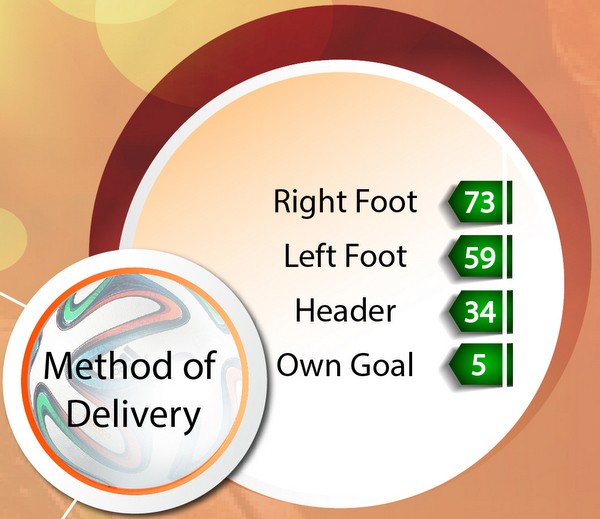 The normally dominant right foot was given a good run for its money in South America with just 14 less goals scored by lefties. Own goals are not taken into account for the part of the body that scored it because, lets face it, if you put one in your own net you don’t care if it bounced off your butt, its horrible no matter what!

Without question, the finest of those left-footed goals was Colombian glory-boy James Rodriguez’s wonder goal against Uruguay. The most amazing aspect of this strike is how intentional it was. Obviously, all strikers ‘intend’ to score when they strike, but plenty of chances could be categorized as ‘hit and hope’, whereas this was very precisely calculated.

Play the video below and watch very carefully the way James turns his head to see where the goal, is in a split second movement upon seeing Abel Aguilar’s header coming towards him. It was entirely premeditated by a footballing brain that works at the speed of light, but blink and you’ll miss it! 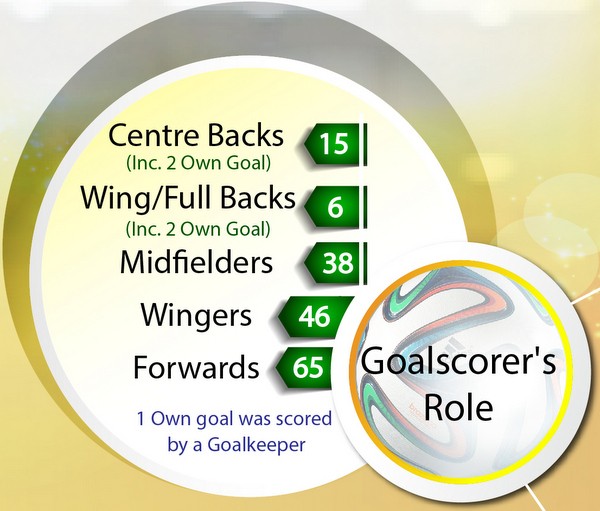 Forwards and wingers weighed in with their expected bulk share of the goals but the efforts of midfielders cannot be under-rated at this World Cup. Germany especially sourced much of their attacking menace through their midfield. The champions were made complete by having such a strong set of attack-minded midfielders coupled with a very solid and trusted back-line behind them to allow them so much freedom in the final third.

Conversely, the Netherlands were a side that relied much more on their center forwards and wingers, namely Robin Van Persie and the sensational efforts of Arjen Robben.

In the destruction of Spain, Manchester United striker, Robin Van Persie, scored a beauty of a header to bring the Dutch back level on the brink of half-time. Daley Blind played a sublime cross, all the way from near the half-way line, and RvP got behind the Spanish defense to equalize in style. Note the little leap right before he makes contact with the ball. It wasn’t just an unnecessary embellishment for the cameras, it was a finely timed maneuver to ensure the flight of the ball went up over the keeper, as well as down under the crossbar. 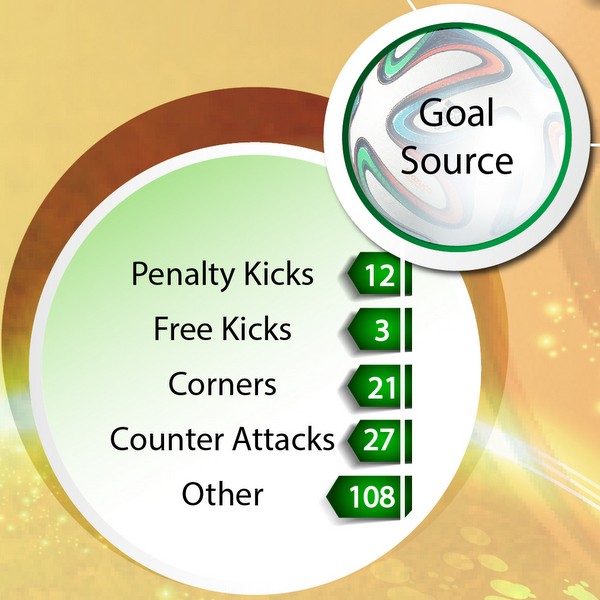 Goals came from all angles, especially in the group stages, with the above graphic displaying a breakdown of set pieces, penalties and the like. The vast majority fall into the Other category, which is primarily open play.

A big highlight in Brazil’s campaign, that saw more lows than highs for the hosts, was David Luiz’s stunning free-kick against Colombia. The Quarter Final victory was the strongest result the home nation secured in the tournament and the world’s most expensive defender certainly looked pleased with himself (if that slightly crazy looking face equates to pleased, that is!).

His strike is more about placement than power but that isn’t to say he didn’t get behind it. Brazil conceded a late penalty in the game, which James Rodriguez slotted home, but held on to their lead for the final ten minutes.

They think it’s all over… – When goals were scored 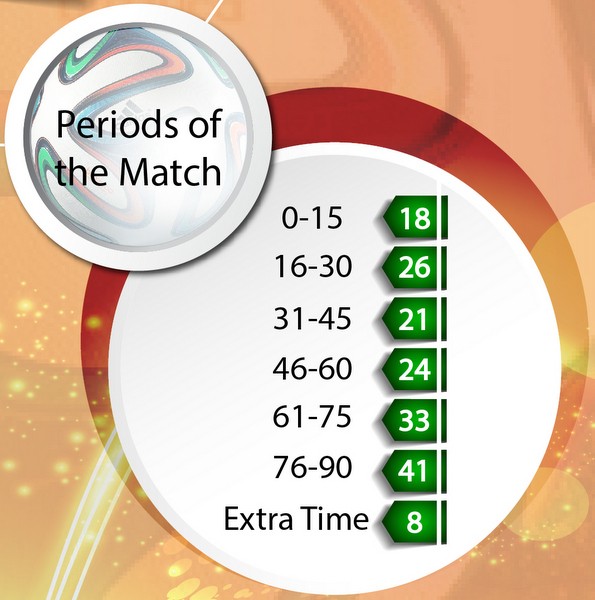 One of the magnificent natures of the World Cup was the way that a goal was possible at any moment and the graphic above shows how evenly divided through games they were. The last 15 minutes is always going to have more, with players desperately giving every ounce of energy left in their bodies to find the back of the net. This leaves defenses exposed too, doubling the danger.

Extra time was a little more of a cautious affair, with just 8 goals being scored, 3 of which were in the USA v Belgium game.

The definitive extra-time goal has to be Mario Gotze’s World Cup winning pearler in the 113th minute of the final. Andre Schurrle put in a great cross and the Bayern Munich midfielder made no mistake as he brought the ball down with his chest then smashed it past Romero to seal the title. 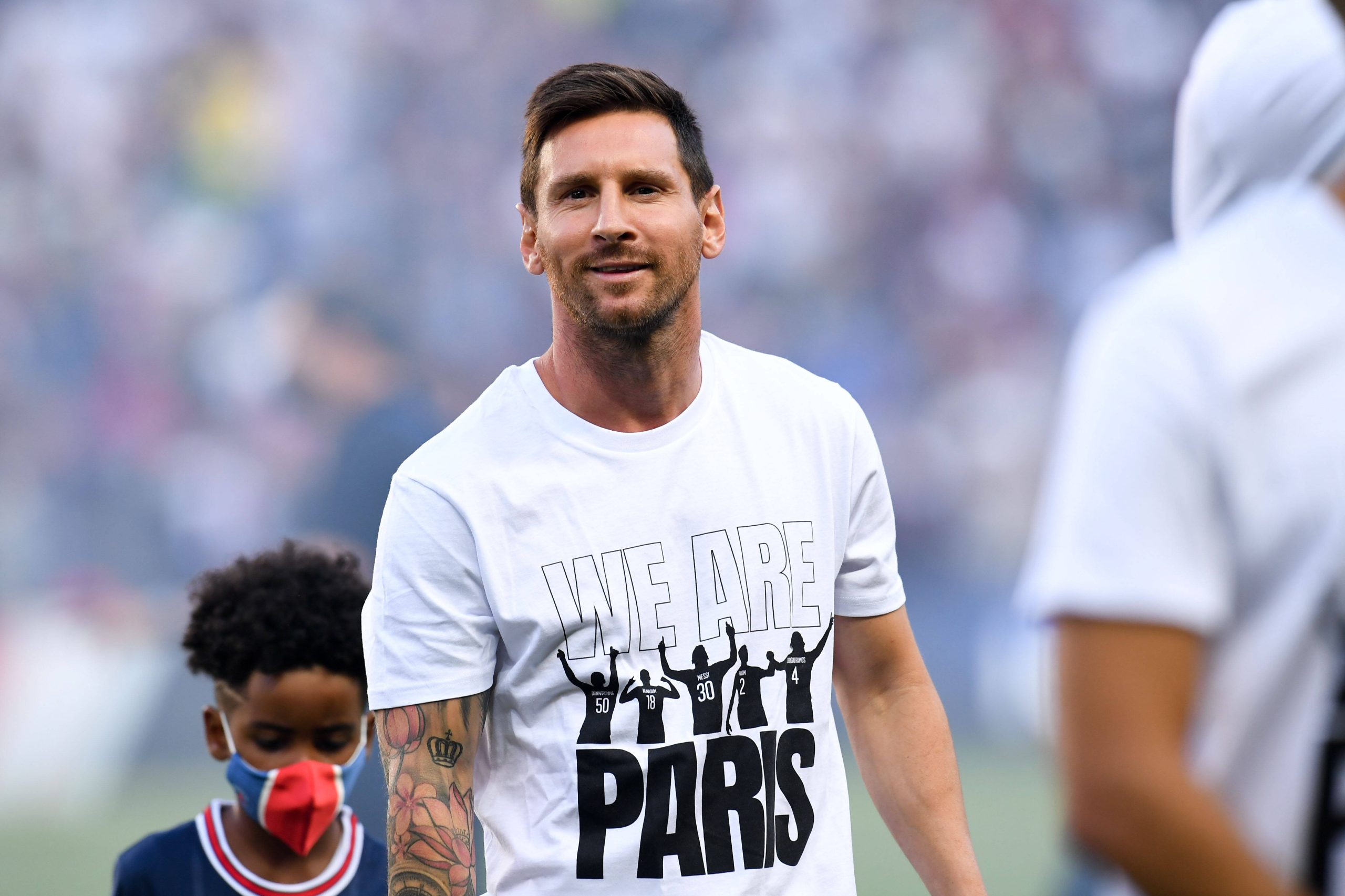 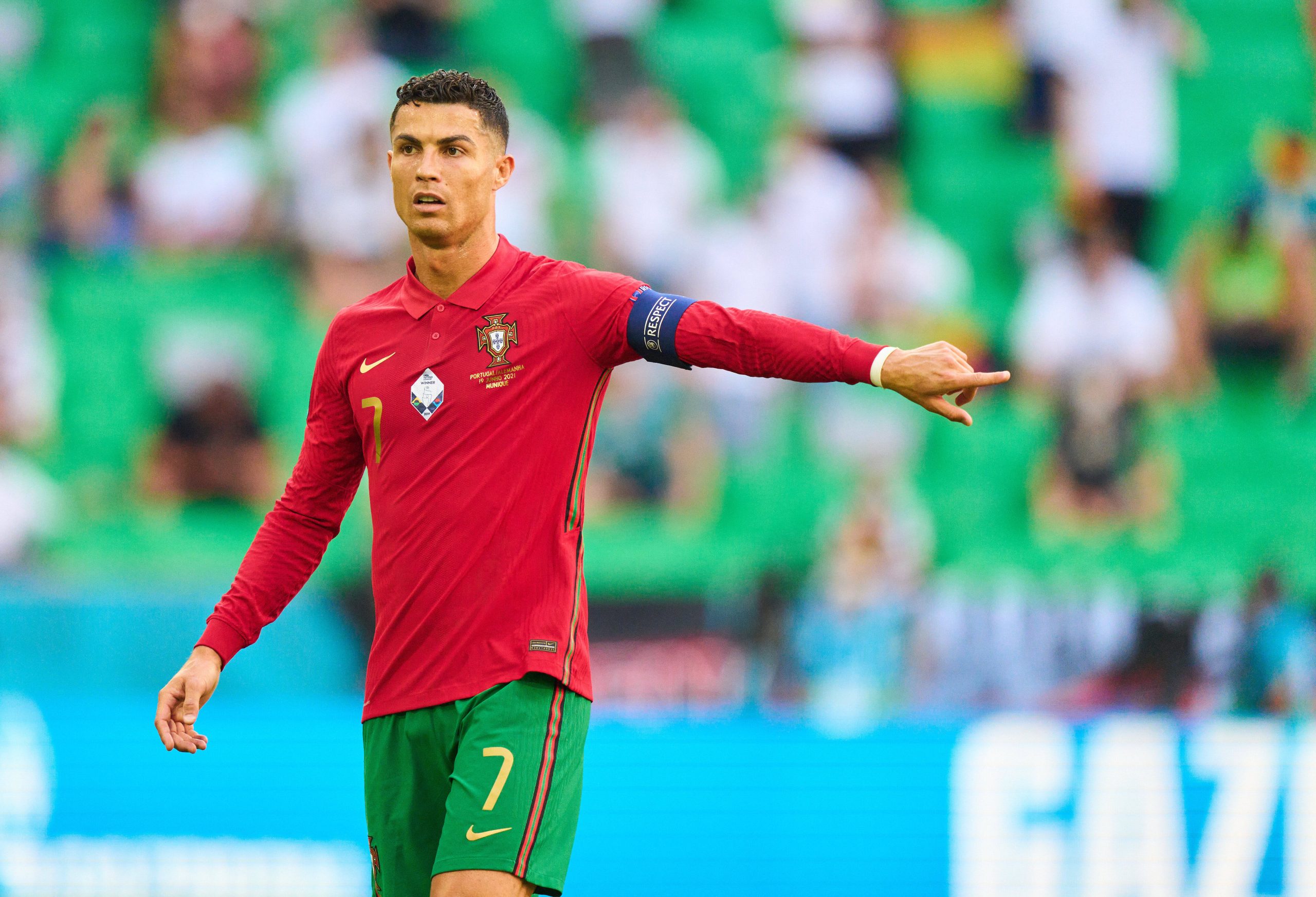 Scout Report: How Paris Saint-Germain can integrate Lionel Messi to their star-studded ...

PSG leading the race for Messi after talks with Pochettino

Messi’s new five-year contract: What does it mean for Barcelona’s future?