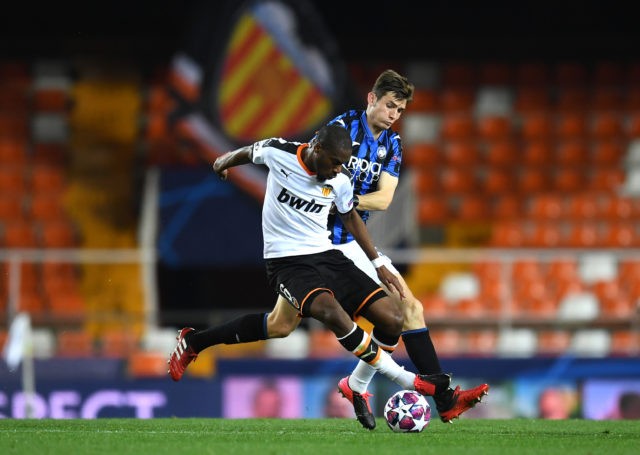 According to reports from Spanish publication El Desmarque, Valencia would be willing to offload midfielder Geoffrey Kondogbia this summer.

Several Premier League clubs like Tottenham Hotspur and Everton are vying for his signature and it remains to be seen whether they submit a formal offer for him.

Kondogbia joined Los Che permanently in 2018 after impressing the previous year on loan from Inter Milan. The 27-year-old has a contract at the club till 2022 and has a release clause of €80million (£70million). However, the La Liga giants are willing to offload the midfielder if a good offer comes in for him.

Los Che have struggled financially over the years, and as a result, they could cash in on players like Kondogbia and Ferran Torres – both being linked with a move to the Premier League.

Spurs could be an attractive destination for Kondogbia. The north London club are reportedly eyeing a move for him with chief scout Steve Hitchen believed to be a big fan of his talent.

The north London club have bolstered their midfield with the additions of Tanguy Ndombele and Gedson Fernandes, but it seems Jose Mourinho is still looking to add more depth in the region.

Kondogbia would be a good signing for the club, no doubt, and the fact that Valencia are looking to sell him comes as a huge boost for them.