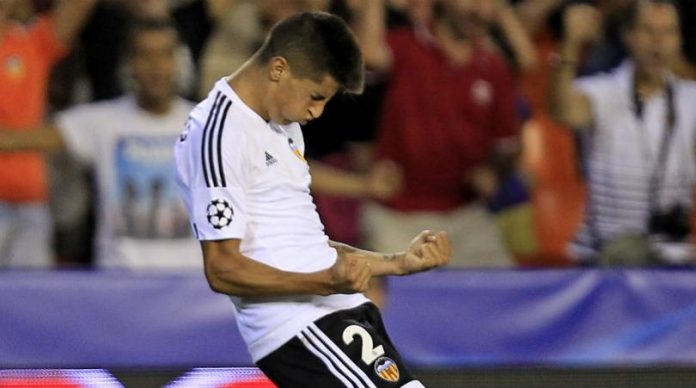 Valencia CF manager Marcelino García Toral is adamant that the club will make four more signings before the transfer window shuts down.

Speaking in a pre-match press conference for Los Che’s game against las Palmas, Toral said he is “absolutely sure” that the club would be bringing in four more players.

“I am absolutely sure that there will be four players,” he said.

“I can say it once or a thousand times but that is the situation – we may not have a competitive team for two games but we will have a full side for the following 36.”

Ezequiel Garay, Joao Cancelo and Fabian Orellana who have been strongly linked with moves to Spartak Moscow, Inter Milan and Fenerbahce respectively, have all been added to the squad that will face Las Palmas on Saturday.

“Garay is not a problem for the group, he is an excellent professional and is happy here – he has a good attitude so I had no doubts selecting him.

“Cancelo is on the list because he is available, it is simple as that. We would not select him if he were not available.”

Toral admitted that he does not know what the future holds for these players, suggesting that his only concern is the match this weekend.

“I do not know about their futures after this match but both defenders will be available for Las Palmas.

“Orellana is on the list but we both know the situation and whether he leaves or not, we can see his situation.”

Valencia have been strongly linked with Arsenal centre back Gabriel with negotiations believed to have reached advanced stages. An announcement to confirm his arrival is imminent.