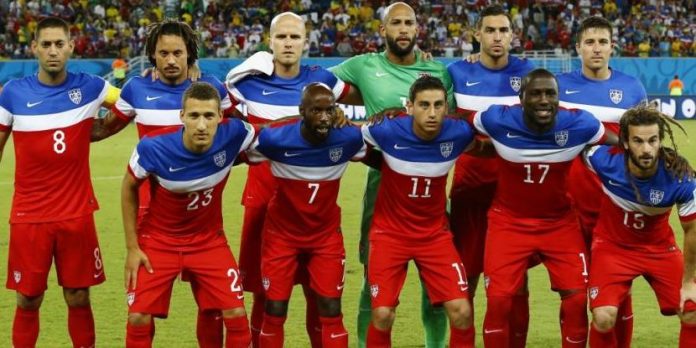 It’s no great secret that Americans aren’t the world’s biggest football fans… well, technically that is both a truth and a lie. The US are by far the world’s biggest fans of what they refer to as football. You know the one I mean, or perhaps you know it better as ‘handegg’. 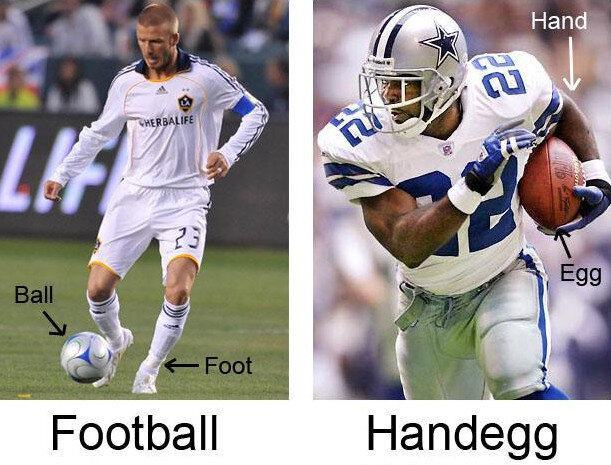 Of course, I only jest, American Football is a great game in its own right, but right now we are talking about what is referred to more commonly as ‘soccer’ here in the States, and that is considerably less popular throughout the U S of A. However, the sport’s following is growing all the time and, thanks in no small part to a sterling performance in Brazil, that growth is becoming exponential of late.

Americans are often accused of being bull-headed, arrogant, cavalier and overly self confident, but they are also often misconstrued. They certainly can be all of these things, but not in such a negative sense as is stereotyped. If you want to see what American culture embodies, just look at this year’s World Cup finals campaign, which captured it perfectly. They were all of these things but in a very positive incarnation.

Look to the performances they put in against teams who are, on paper, leagues ahead of them and you will see descriptions above in full technicolor, but you will also see that they are better defined as: confident, determined, strong-willed, driven and tenacious.

USA faced-down Portgual, Germany and Belgium, who are all in the world’s top 10, with a courage and unity that inspired them to extremely impressive results. Yes, they lost two of those three games, but only by one goal in each and never at any point did their perseverance wane. Even two goals down against Belgium, with the might of Kompany, Hazard, De Bruyne, Fellaini, Lukaku, Vertonghen, Vermaelen and Mirallas, and on the back of over 100 minutes of intense football, they never gave up or took their foot off the gas.

Jurgen Klinsmann has proven to be very insightful, showing everyone that he knows how to steer this ship and the ways to get the most out of the players he has at his disposal. The German epitomizes everything he has instilled on these players and, with a World Cup winners medal in his trophy cabinet, he has walked-the-walk making him so thoroughly respected now he talks-the-talk. 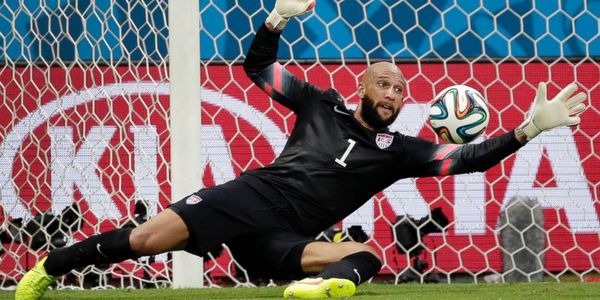 Tim Howard is currently reaping all the headlines for his near-miraculous performance against Belgium keeping his team in the game on multiple occasions, but it would be totally unfair not to acknowledge many other members of this squad. However, he is fully deserved of all the coverage and praise, not just for the Belgium game, but for all of the World Cup and more.

DaMarcus Beasley made history by being the first ever United States player to play in 4 World Cup finals, a feat that requires a player to be at the top of his game for a span of 16 years; no minor achievement. What makes his accomplishment all the more impressive is how well he played in South America. Recognizing the winger’s advancement in years, Klinsmann has been playing the Liga MX star at right back, where he defended strongly, helped organize the back-line with his considerable experience and even still possessed dangerous pace when he pushed forward.

Gonzalez got a place in the side part way into the finals and put in some sublimely timed challenges against players of the highest calibre. The LA Galaxy player was part of a defense that all did themselves proud: Belser, Johnson, Cameron, and Ghana game-winner, Brooks.

Youngster DeAndre Yedlin’s contribution to this team was exclusively as a substitute but every time he came on he showed both a maturity that defied his years, as well as the supreme pace and fearlessness of youth. Against Belgium he played in his usual club position of full-back for the first time, having played on the wing in the two previous games. With an hour of regular time still remaining, the Seattle Sounder came on and refused to be fazed by the immense challenge of marking Chelsea’s Eden Hazard, successfully keeping the lethal winger quiet for the most part. The 20-year-old also caused problems for Belgium on the wing when he got the chance to attack.

In midfield, they made some big changes to the dimensions when Jozy Altidore pulled up with a hamstring injury in the first game, and Klinsmann’s back up plan actually turned out to be a big part of their success. It could only really be described as a 4-2-1-2-1, with Beckerman and Jones / Cameron sitting ahead of the defense, Bradley the next link in the chain, then two out of Zusi, Davis and Bedoya as attacking wingers and Demspey alone up top.

The new formation meant they had to work very hard when attacking as it focussed on keeping things strong at the back, but these boys never shied away from graft.

Michael Bradley was about the only player that didn’t shine brighter in this arrangement, seeming to evaporate, but to think he didn’t strengthen the team would be to miss the point of the role he was tasked with. Bradley was still involved when the team moved forward, but without Altidore, a lot less of the play went directly through the middle. Hence, Bradley was much more of a component than a commander, but integral none-the-less. His ball into the box for Julian Green’s goal against Belgium proves his worth alone, and also shows how far this midfielder had progressed in the last four years and now knows exactly what ball the situation requires. We saw the Toronto FC man play many first touch balls out to the wings for Bedoya and Zusi, usually receiving it from Jones, and we also saw him spot runs and put balls over or through the opponent’s defensive line. 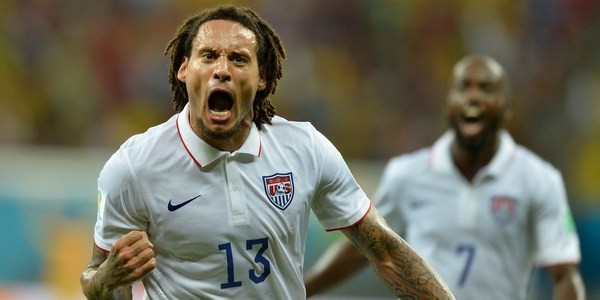 Jermaine Jones was another hero in Brazil, almost to the degree of Tim Howard, playing his heart out in every minute of every game. The German-born midfielder scored a screamer against Portugal and provided the assist for their opening goal in the very first minute of their campaign. Beckerman and he forged a great partnership and it was a big surprise when they didn’t start the final game together. Stoke City defender, Geoff Cameron, deputized well in his place and respectfully played a very similar style to the tried-and-tested format.

Zusi came on for Bedoya late in the first game and played well enough to earn a starting place in all the following games. He struggled to get involved much in the Belgium match and also played some poor passes when he did, but prior to that game he played very well. Brad Davis got the nod ahead of Bedoya against Germany and played reasonably well but the 32-year-old was replaced by Bedoya after an hour and didn’t feature again.

Altidore, Johannsson, Wondolowski and Green all made cameo appearances and only the much maligned selection, Julian Green, got on the scoresheet. The 19-year-old Bayern Munich reserve has yet to play a single minute of first team football but Jurgen Klinsmann saw something that he felt was worth taking a risk on. In extra-time against Belgium, his faith was justified.

The key forward for America though, was without doubt Clint Dempsey. The veteran may possibly have been playing in his last World Cup finals, as Klinsmann has clearly shown he won’t let reputations or emotions sway his decisions, but he certainly made the most of it if that turns out to be the case. The former Fulham and Tottenham striker was involved in every single attack by the US and he very nearly took them to penalties in the late stages of extra-time when USA almost pulled off an exceptional training-ground maneuver. They carved through the Belgian defense with a perceived ease from a free-kick just outside the box, only to be denied by a spectacular close-down by Courtois.

The United States are making themselves into a force to be reckoned with on the world stage now and if they can have the same kind of growth in the next four years as they have achieved since South Africa, who knows where they will get to in Russia 2018.

Take pride America and ignore the haters, the national side is a thing of wonder and with the country behind them they can continue to push forward. 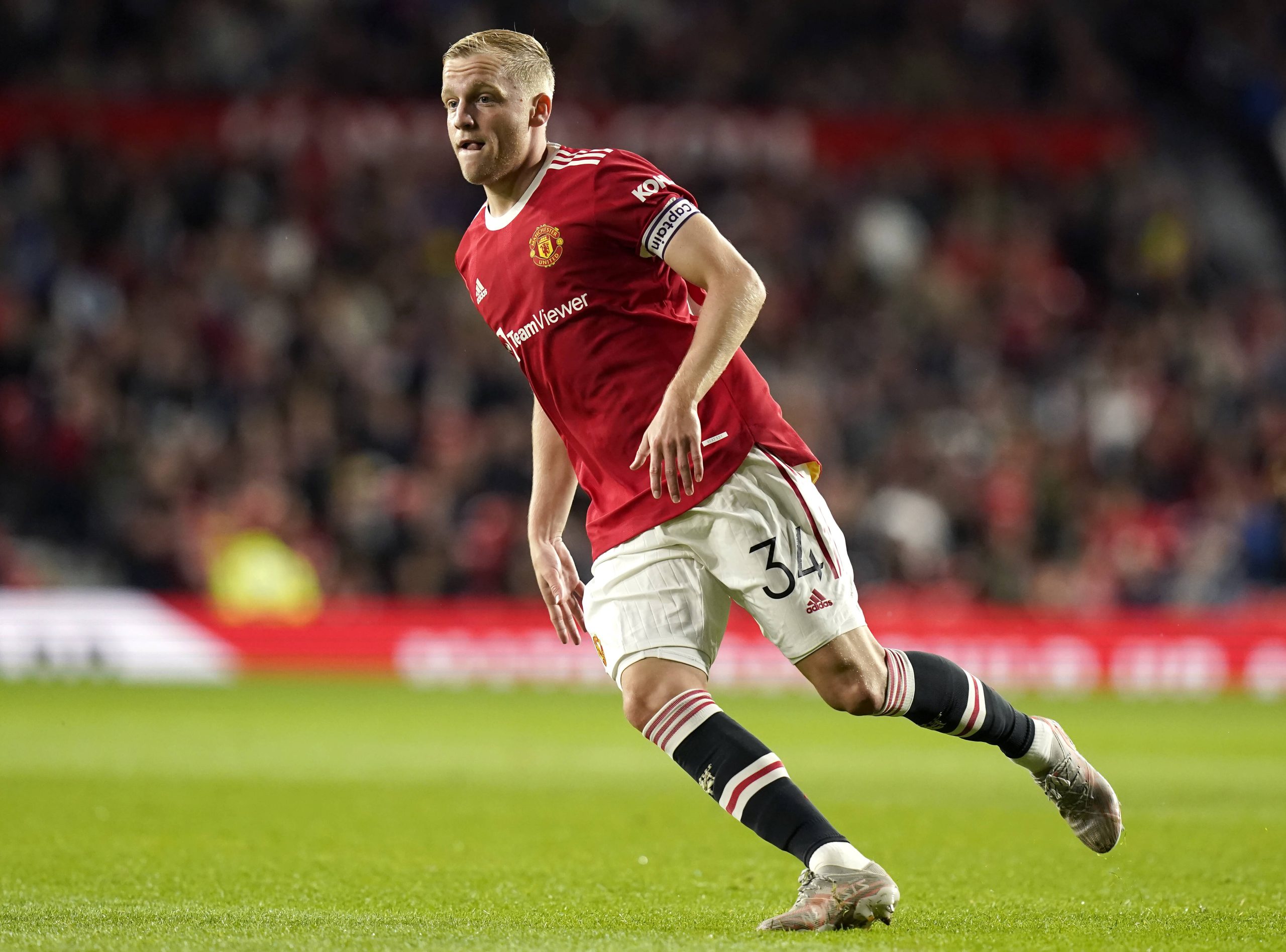 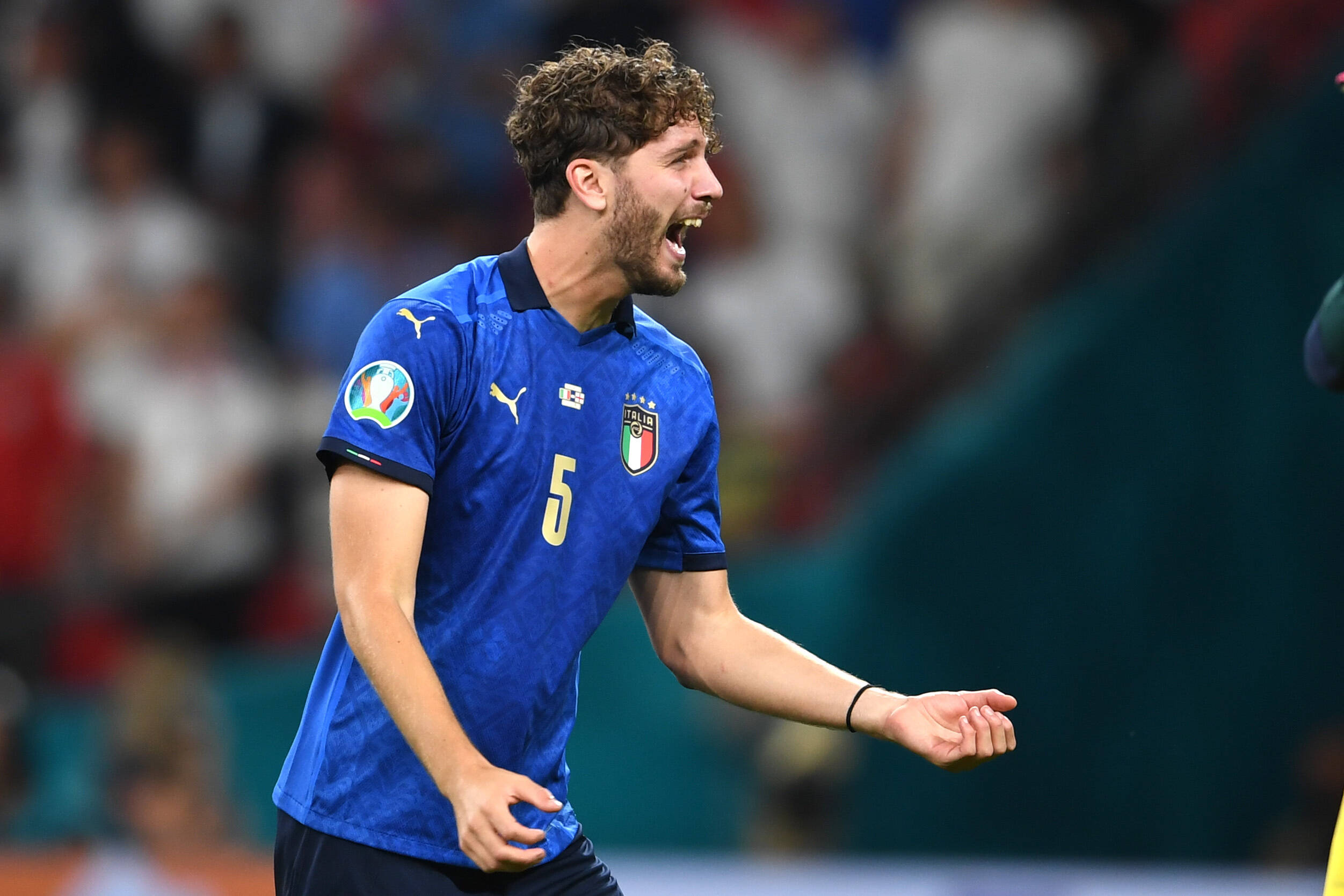 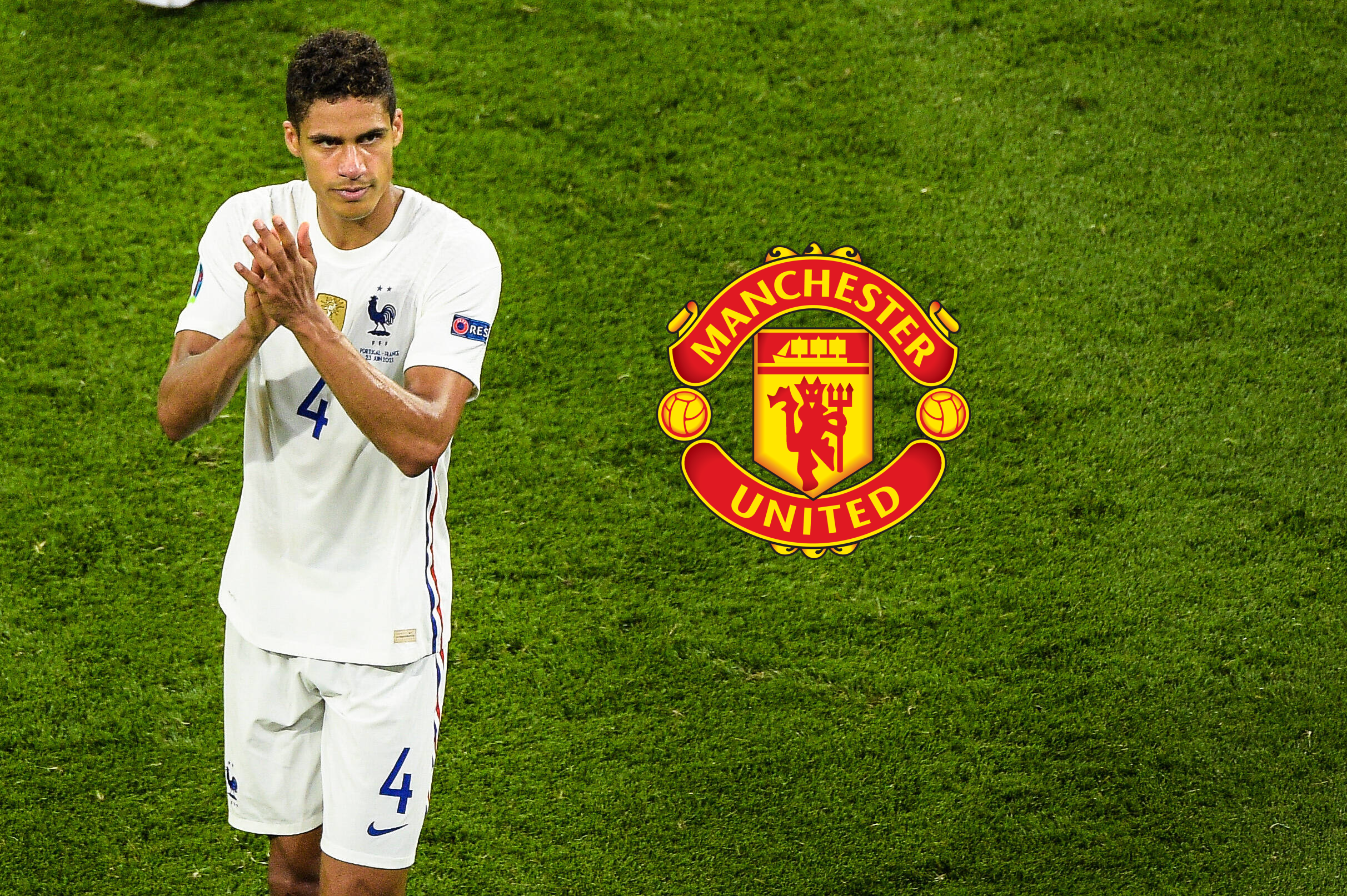