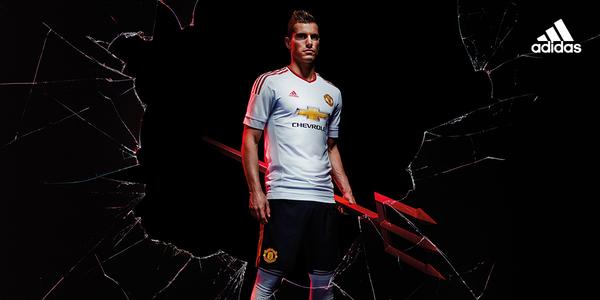 Manchester United will be without the services of three players for the Premier League clash against West Bromwich Albion at Old Trafford on Saturday. Louis van Gaal confirmed Morgan Schneiderlin was out due to illness and the midfielder trained with the first team today.

The former Southampton man missed United’s Champions League fixture against CSKA Moscow as the Red Devils managed a narrow 1-0 win over the Russian side. Antonio Valencia is sidelined with a foot injury, while Matteo Darmian will serve his one match suspension.

In addition to this Luke Shaw, who is recovering from his broken leg which he suffered during the European fixture against PSV Eindhoven, will also miss the upcoming fixture. He and Valencia are the only two players out with injuries, while Darmian is suspended for the clash against West Brom.

“There are no injuries, only illnesses. Morgan Schneiderlin was ill. He shall train today for the first time so we have to wait and see. I cannot say there are a lot of changes for this game. Matteo Darmian is suspended so he cannot play and Valencia is injured,” Van Gaal told MUTV.

With Darmian out for the weekend clash, the former Barcelona and Bayern Munich manager could start Ashley Young in the right-back position. The England international impressed in the full-back role against CSKA at Old Trafford.

Shaw’s injury will see Marcos Rojo hold his place on the left side of the back four. One player who impressed in the Champions League fixture was winger Jesse Lingard. Van Gaal dropped a hint he could start against West Brom on Saturday.

“He’s doing well. That’s why I want to keep him and why I have said his chances shall come. He has a lot of pace and I like pace on the wings. Now he has first assist also [against CSKA]. I think he shall have a boost from this game because he played very well, in my opinion, and I hope he shall continue,” United manager explained.

If Lingard has to start, it is likely on the left wing with Juan Mata to feature on the right side of the wings. This will allow Wayne Rooney to start in the No 10 role with Anthony Martial playing as the main striker.