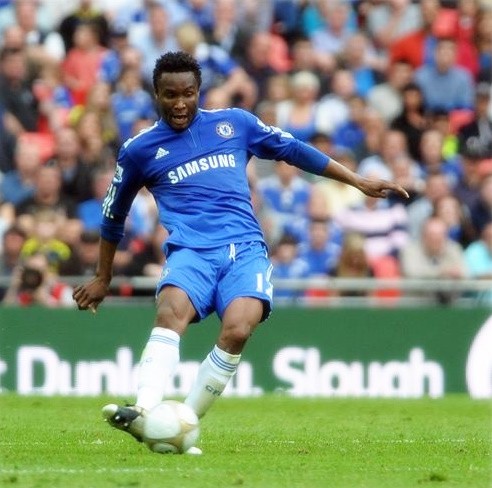 Note: All figures with respect to English Premier League matches this season only.

That John Obi Mikel is a huge dividing force among Chelsea fans around the world is no secret. The 23 year old Nigerian moved to West London 4 years ago after a rather elongated transfer saga involving then league champions Chelsea and perennial contenders Manchester United, a deal which allegedly saw Chelsea offer United a sum in the range of £12 million to get him on a plane to Gatwick.

Bad blood exists to this day among the two clubs, some sections of the United faithful still fuming about how they had got their man after a mightily impressive showing in the FIFA World Youth Championships held in the Netherlands in the summer of 2005. 4 years later, the man who is yet to miss a league match this season for the reigning champions, continues to inspire fevered debates among the club’s supporters. ‘Has he been worth the hassle?’ is a question often asked.

For starters, it is important to understand the role Chelsea have tried to mould him into. When he initially arrived at the club, Chelsea’s midfield was choc-a-block with big stars. Frank Lampard, Michael Essien, Michael Ballack, Claude Makelele, Geremi and Lassana Diarra all competed for the 3 midfield slots in Jose Mourinho’s favoured 4-3-3 system.

Makelele, Geremi and Diarra were employed as holding players while Lampard, Ballack and Essien carrying out box-to-box duties. With Makelele and Geremi not getting any younger and Diarra proving to be an impatient young man, Mourinho spotted in Mikel’s imposing physical stature and a young bubbling, enthusiastic spirit the perfect fit of Makelele’s successor. It was with this vision that Mourinho began the transformation of one of the world’s best young attacking midfielders into an ox-like defence-shielder.

Mourinho’s unexpected departure a couple of months into the 2007-08 season didn’t have any impact on Mikel’s continued development and rise as one of Chelsea’s best bets for the future. Though his disciplinary record took a beating as he tried to acclimatize to a role unknown for him, his obvious potential was there for all to see. Avram Grant, Luiz Felipe Scolari, Guus Hiddink and now Carlo Ancelotti have all seen in him what Jose saw in the summer of 2006, and he retains the Makelele role to this day, as the ‘destroyer’ in Chelsea’s midfield.

Cut to summer 2010. Double winners Chelsea have overseen a clear-out of several established, experienced players. Michael Ballack, Deco, Ricardo Carvalho, Joe Cole and Juliano Belletti have all left the club, leaving tremendous space in the side for the next generation of Blues stars to make their own.

Mikel is one of them. Being ever present for Ancelotti this term, he has also been among the most consistent performers in what is turning out to be a topsy-turvy league campaign for the champions. Taking advantage of The Guardian’s excellent Chalkboards facility, I’ve put Mikel under the stat-o-scope:

While it may be too soon to rechristen his position as ‘The Mikel Role’, do not be surprised if 5 years from now a certain Jose says ‘I told you so.’