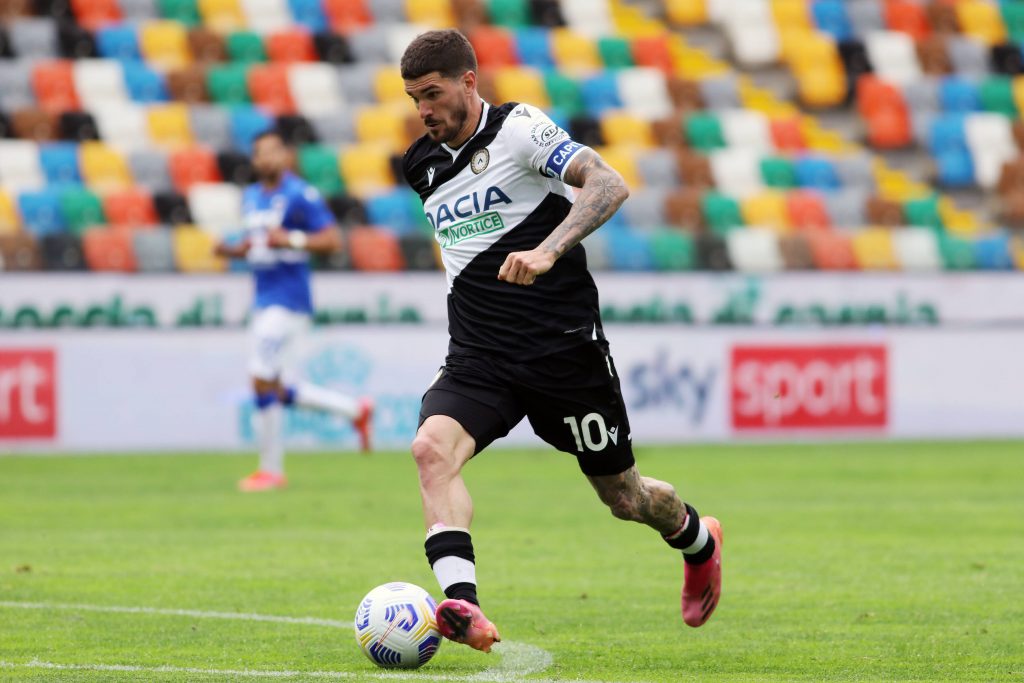 Udinese midfielder Rodrigo de Paul sent Leeds United fans into a frenzy last September after hinting on social media that he would love to move to Elland Road ahead of the 2020-21 campaign.

Head coach Marcelo Bielsa reportedly had the Argentine star on top of his transfer list as he prepared for life in the Premier League at the time.

Leeds fanzine The Square Ball podcast claimed on Twitter that he was keen on the move but that it rested on both clubs reaching an agreement on a fee.

De Paul replied to their claim with a ‘Yes’, adding a fingers-crossed emoji only to delete the tweet a few minutes later. 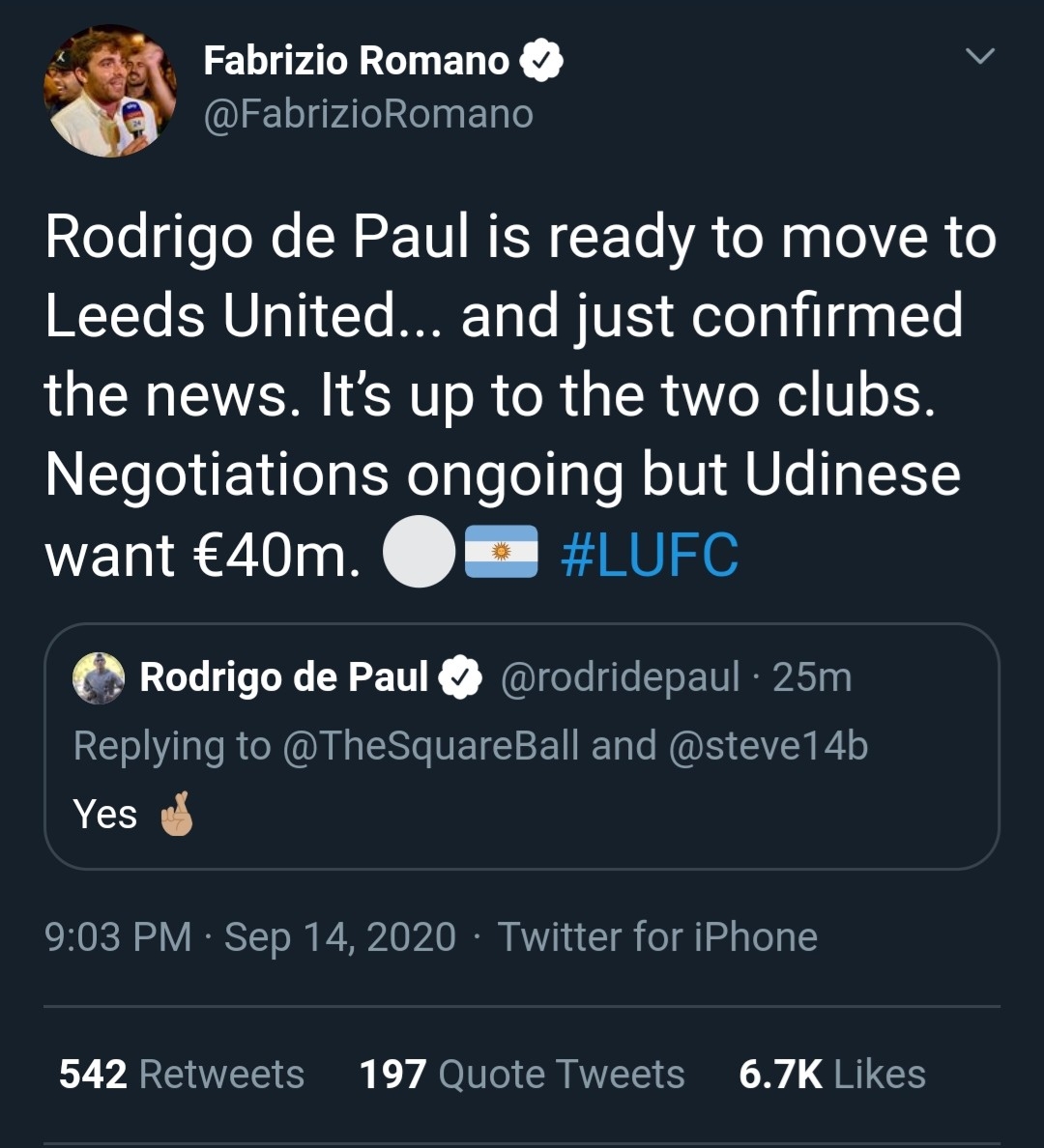 However, a move failed to materialise, with both clubs unable to reach an agreement on a fee.

Udinese wanted around £35 million for De Paul, which proved to be too steep for the Premier League club.

The Argentina international ended last season with seven goals and six assists in 34 Serie A games and has continued his impressive form this term.

De Paul has now told The Athletic’s James Horncastle that he is aware of Leeds’ interest, but he is concentrating on matters at Udinese.

While the prospect of being coached by Bielsa excited him, a move may not have happened as De Paul was preparing to become a father last September.

The 26-year-old has nine goals and nine assists in 35 Serie A games this term and is preparing for this summer’s Copa America.

De Paul has been linked with a summer move to Liverpool, and more clubs would likely emerge for his signature if he impresses for his country in the coming weeks.

Landing the midfielder would be huge for Leeds, but they are unlikely to be ready to break the bank for him anytime soon.

In other news, Leeds are reportedly tracking a £50m-rated hitman.