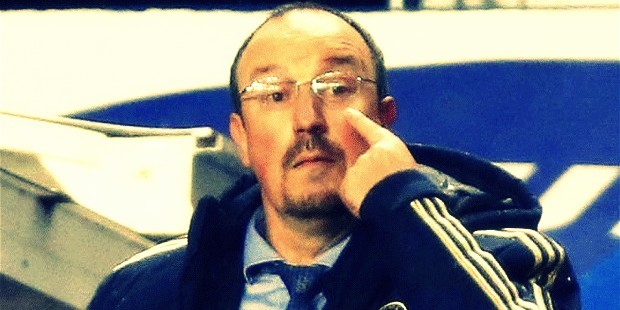 Rafael Benitez took control of his first game as Chelsea manager in a 0-0 draw against Manchester City.

Chelsea were already under pressure before the game for the surprise sacking of Roberto Di Matteo and the slight blip in recent league form. The Chelsea fans were on Benitez’s back before the match even started but they have reason to be optimistic despite the goalless draw.

Chelsea looked like a very good defensive unit which is significant considering the current injury to their captain John Terry. Benitez decided to slot Branislav Ivanovic in at centre back next to David Luiz. This was a necessary change considering a slight injury to Gary Cahill but it made Chelsea look like a big defence in a physical sense.

David Luiz also played much better than we have seen in recent weeks. It looks as though Benitez has encouraged him to go back to the basics of defending instead of giving into an attacking urge and he looked a much better defender as a result in terms of skill and position.

As an attacking unit it looked like more of the same from Chelsea with the trio of Juan Mata, Eden Hazard and Oscar playing in behind Fernando Torres. Torres’ attitude and work rate throughout was superb but he seems to be lacking half a yard of pace and a little sharpness which meant he had to play higher up the pitch.

Chelsea were outgunned in terms of possession with only 46% and they only had one shot on target which will irritate some supporters. However, the overall spirit and organisation of the team is exactly what you expect from Benitez as a manager and it ensures that Chelsea will go into other games against the major sides as a very difficult side to beat over 90 minutes.

The fans need to just accept that he’s now the manager because he won’t be axed after a few games. He needs the time to show that this gritty resilience can work well for the club.