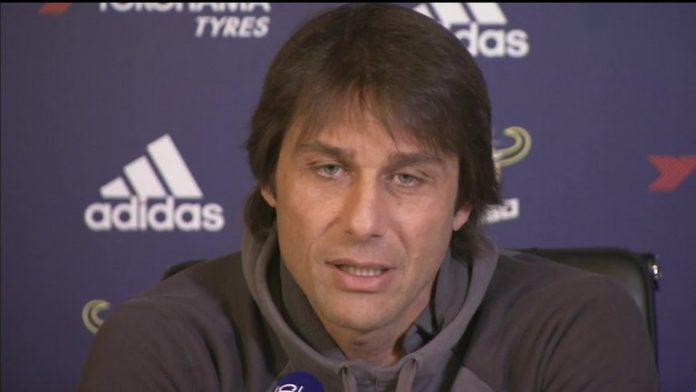 Chelsea’s 4-1 defeat at Watford on Monday could signal the end of Antonio Conte’s time in charge of the club.

The result followed last week’s dismal 3-0 home defeat against Bournemouth and the Italian is odds on to be the next Premier League manager to leave his role.

Chelsea’s task was made harder by the dismissal of Tiemoue Bakayoko after two stupid bookings.

Watford went ahead as Troy Deeney scored from the spot, but Eden Hazard levelled after the break.

The hosts hit straight back through Daryl Janmaat, before late goals from Gerard Deulofeu and Roberto Pereyra sealed a deserved victory for the hosts.

We take a look at the reaction on Twitter to the result.

What a horror show. To equalise and then concede 3 in under 10 minutes is awful. #CFC

Look the board have let Conte down massively, as they tend to do. The players have clearly lost faith in Conte. But Conte’s stubbornness has cost him. He had the chance to mix it up, bring Giroud & Hudson-Odoi in. But no, same old predictable false 9 that doesn’t work…#CFC

Goodbye #AntonioConte make sure you take #Bakayoko along when leaving…. #Taxi ?!!!! #cfc #watche

Only one man can save my club now……. #CFC pic.twitter.com/TBYshw4Tcu

Conceded 3 against Bournemouth, 4 against Watford.. how many will Barcelona score? #cfc

Chelsea mad to sign a target man, buys Giroud and didn't put the ball in the box once when the man came on.. something seriously wrong at that club Conte has to go #CFC #ConteOut #WATCHE

That was honestly the worst live performance I have maybe ever seen of any @ChelseaFC team in all my years as a fan. How do we go from Champions to bang average every season after winning a title? We don’t deserve top 4 simply because of how bad we are #CFC

That performance was absolutely pathetic. The players should have the last two weeks' wages taken off them because they haven't put any effort in whatsoever. Toothless. Again. Conte will probably get sacked for it too. #CFC #WATCHE