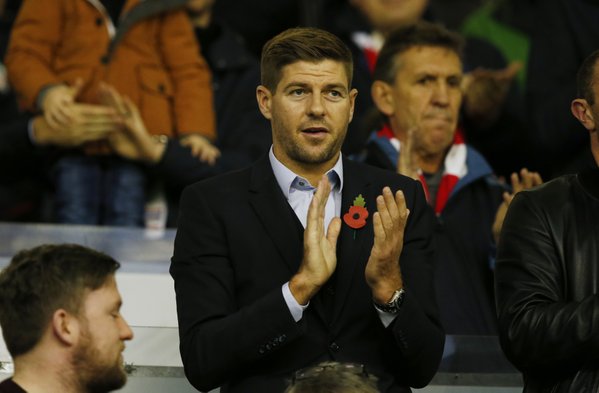 Steven Gerrard probably chose the wrong game to pay visit to his old club, as Liverpool suffered their first defeat under Jurgen Klopp against Crystal Palace on Sunday in the Premier League.

Liverpool lost 2-1 against Palace on the night when Gerrard returned to Anfield for the first time after he left the club at the end of last season, and many fans (mainly the non-Liverpool / opposition fans) were quick to react on Twitter suggesting Gerrard’s presence was to blame for the defeat.

Let us check some of the tweets first:

Controversialy I think it Steven Gerrard fault we lost

Liverpool were yet to lose under Jürgen Klopp… Steven Gerrard returns to Anfield… Liverpool lose… Coincidence? I think not ☕️ — Callum (@callum_leeden) November 8, 2015

Gerrard returned to Liverpool after his MLS campaign came to a disappointing end following LA Galaxy’s exit in the play-offs.

There had been reports that Gerrard would re-join Liverpool as a player during the MLS off season, but Jurgen Klopp poured cold water over the speculation.