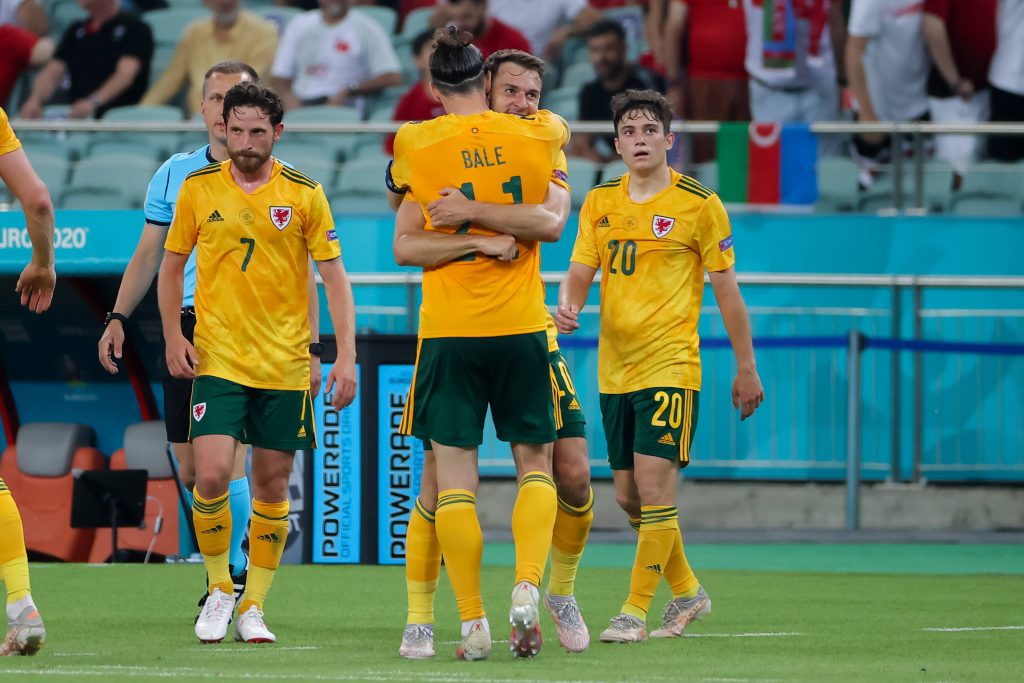 Wales had the better of the first half and had several early chances to open the scoring.

The first came when Gareth Bale slipped Aaron Ramsey through on goal. The former Arsenal midfielder twisted past Caglar Soyuncu, but his shot was saved at the near post.

Turkey responded with a chance of their own, when striker Burak Yilmaz saw his effort deflected wide from Cengiz Under’s cross.

But Wales continued to create chances, with Kieffer Moore and Ramsey again both coming close.

Moore got on the end of Daniel James’ cross but could only head over, while Ramsey blazed miles over after again being played through by Bale.

The last big chance that Turkey had of the half came approximately 30 minutes in. Kaan Ayhan got his head on a corner, but his goalbound attempt was cleared off the line by Joe Morrell.

But the Dragons continued to be on top, and eventually did make the breakthrough just before half time.

It was third time lucky for Ramsey, who controlled on his chest and finished after once again being played through by Bale.

Turkey came out firing in the second half, and will feel like they should have netted an equaliser.

Hakan Calhanoglu found Under at the back post, but the winger failed to make a good connection. Any decent contact probably would have found the net.

A few minutes later, they had another glorious opportunity, and it fell to the right man. However, Yilmaz somehow blazed his volley over the bar from six yards out.

Wales responded though, and were handed the perfect opportunity to double their lead when Zeki Celik fouled Bale in the box.

The Real Madrid forward stepped up to take, but skied his penalty way off target.

Most of Turkey’s threat came from set-pieces, with Ayhan again having a chance but heading straight at Danny Ward.

With the game approaching its final stages, Ward was called upon again, and this time had to be at his very best.

Merih Demiral’s header appeared to be destined for the top corner, but the goalkeeper made a terrific save to keep his side in front.

There was to be a second goal right at the death, and it was the Welsh fans who were celebrating.

More excellent work from Bale in the corner allowed him to get into the box, where he cut back for Connor Roberts to make it 2-0.

It’s a huge win for Wales, who are now almost certainly through to the knockout stage. As for Turkey, the situation is looking fairly bleak.

They will need a win against Switzerland to stand a chance, and even then it may not be enough.

Ugurcan Cakir (6/10) – Made a couple of decent stops. May be a bit disappointed not to have kept out Roberts’ goal.

Zeki Celik (4/10) – Really struggled up against the pace of James and Bale. Conceded a penalty in the second half with a clumsy challenge.

Kaan Ayhan (6/10) – Looked like a real threat from set-pieces and could have got himself on the scoresheet a couple of times.

Caglar Soyuncu (5/10) – Sometimes struggled to deal with Moore, and let Wales in behind too many times.

Umut Meras (6/10) – Most of Wales’ attacking threat came down the other side, so he was rarely tested. Didn’t offer a lot going forward.

Okay Yokuslu (5/10) – Sometimes good on the ball, but was unable to help prevent the Welsh threat. Subbed off at half time.

Kenan Karaman (5/10) – A physical presence, but not effective enough in the final third.

Hakan Calhanoglu (6/10) – Had some bright spells and could’ve got himself an assist, but drifted in and out of the game.

Ozan Tufan (5/10) – Subbed off at half time after a quiet performance.

Cengiz Under (7/10) – Looked like the most likely to create something for Turkey. Set-piece delivery was good.

Burak Yilmaz (4/10) – More will be expected from the veteran. Had a big chance to equalise but failed to take it.

Danny Ward (7/10) – Made one excellent late save from Demiral, which proved to be decisive.

Connor Roberts (8/10) – Defended well and ended his night with a goal. What a day for the Swansea City man.

Joe Rodon (7/10) – Earned the clean sheet with a strong performance at the back. Like Mepham, defending from set-pieces needs work.

Joe Morrell (7/10) – Battled in the middle of the park and looked tidy. Made a vital goalline clearance in the first half.

Aaron Ramsey (8/10) – Always in the right areas. Wasted a couple of chances but got his goal. Made an excellent challenge to deny Turkey an equaliser towards the end.

Gareth Bale (8/10) *MOTM* – The best player on the pitch despite the penalty miss. Assisted both goals and will feel like he should’ve had more.

Kieffer Moore (6/10) – Used his physicality well up against the Turkish defenders. Rarely looked like scoring.