It would appear that a certain other Spanish international has replaced ‘Cesc Fabregas at the top of Barcelona’s summer shopping list, with Liverpool’s recently-shorn hitman Fernando Torres now reported to be the Catalan’s ‘numero uno’ transfer priority.

Barcelona are ‘determined’ to sign Fernando Torres this summer, and are preparing to bid for the Liverpool striker after the World Cup. However, incoming president Sandro Rosell is reportedly not willing to pay over the odds for the 26-year-old.

Rumours in the Catalonian press suggest that Rosell is only willing to pay £38 million for the Spanish hitman, as he believes that to be a fair valuation considering Barca only paid Valencia £35 million for Torres’ international strike-partner David Villa last month. (Mail)

Chelsea have offered Benfica £10 million for their highly-rated Brazilian centre-back David Luiz, although the Blues’ bid falls some way short of the Portuguese giant’s €35 million asking price for the 23-year-old. (Times)

Manchester City’s wayward Brazilian winger Robinho is expected to be told that he is free to leave the club when his representatives hold talks with the City board later today. (Mirror)

Serbian forward Milan Jovanovic is ready to pull out of his deal to join Liverpool next season in favour of joining Rafael Benitez at Inter Milan. (BBC Sport)

Everton are plotting a £5 million bid for Torino’s Italian U21’s defender Angelo Ogbonna, who is also being tracked by Arsenal. (Mail)

Birmingham are also ready to give up on signing jinky Irish winger Aiden McGeady after Celtic upped their asking price yet again. (Daily Record)

One player that Birmingham are still interested in signing is Mamelodi Sundown’s striker Katlego Mphela, who was impressive for the Bafana Bafana at the World Cup.

Bolton Wanderers have announced the signing of Bulgarian winger Martin Petrov who was a free-agent after being released by Manchester City. (Sky Sports)

Newcastle are looking to bolster their squad ahead of their return to the top flight by signing Bolton left-back Jlloyd Samuel (Mirror) and Algeria’s reserve ‘keeper Rais M’bolhi. (Sun) 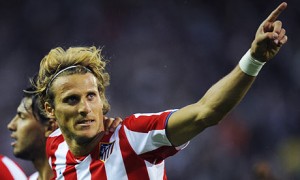 Juventus are plotting a swap deal that would see Portuguese midfielder Tiago (plus €10 million) move to Atletico Madrid, with prolific Uruguayan striker Diego Forlan moving the other way. (Tuttosport)

The Bianconeri have completed the €4.5 million signing of AC Milan ‘keeper Marco Storari on a three-year deal. (Tuttomercato)

Inter Milan are mulling over a move for Hamburg winger Eljero Elia, and are willing to shell out €16 million for the 23-year-old Dutch international. (NL)

AC Milan owner Silvio Berlusconi has hinted that there may be a ‘big signing’ joining the Rossoneri this summer, and rumours circulating amidst the local press suggest Barcelona outcast Zlatan Ibrahimovic will be the marquee name arriving at the San Siro. (Oggi)

Brescia are poised to offer Stephen Appiah the chance to return to the club. The 29-year-old Ghanaian midfielder enjoyed a fantastic season at the Rodinelle in 2002/03 whilst on loan from Parma. (Gazzetta Dello Sport)

LA Galaxy have offered AC Milan playmaker Ronaldinho the chance to move to the MLS when his contract at the Rossoneri expires in 2011. (Sky Sports Italia) 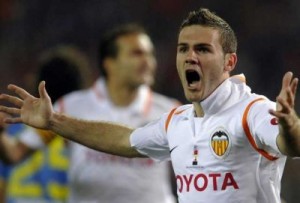 Barca are also said to be tracking Schalke’s Brazilian right-back Rafinha and may make a €10 million offer for the 24-year-old over the next few days. (Sport)

In even further Barca news, the Catalan club are also said to be willing to rival Inter Milan in the race to sign Liverpool’s €25-million-rated holding man Javier Mascherano.