Monday’s papers see Chelsea and Manchester United in the media’s gaze, with both of these Premier League powerhouses linked with January moves.

The Blues are reportedly ready to enter the race for a player United tried to sign in the summer, while the Red Devils are said to have received a boost in signing a Real Madrid superstar.

Finally, Eden Hazard has been speaking out about his future plans after rumblings of a Stamford Bridge exit.

The Mirror have today stated that Chelsea are considering a January move for Southampton’s Sadio Mane and could well go head-to-head with United for the African attacker’s signature. 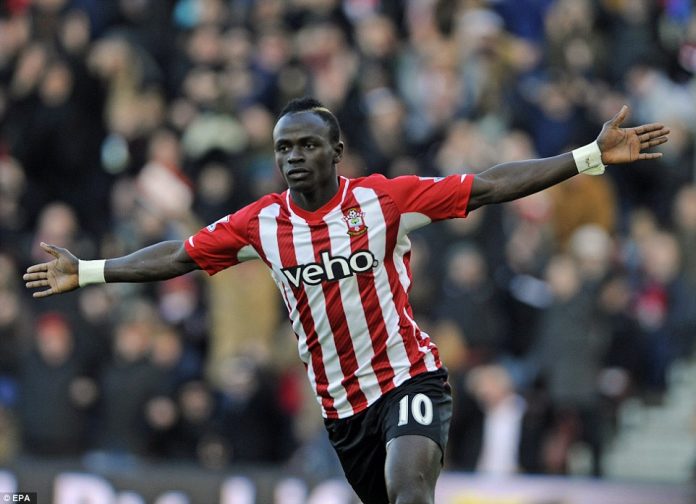 The Old Trafford outfit were courting the Saints star over the summer, but Ronald Koeman’s men stood defiant despite their interest.

Chelsea, who have struggled in the final third so far this season, are reportedly ready to make Mane a priority in a bid to see their fortunes upturned.

The Sun state that Manchester United’s chances of signing Gareth Bale could well have been given a boost over the weekend.

With Real Madrid losing 4-0 to Clasico rivals Barcelona, the English newspaper state that Florentino Perez’s role at the club could well be under threat.

With AS and Marca both slating the Wales international after the defeat, which took it to three months without a goal for Bale, there is reportedly a chance of a Premier League return for the world’s most expensive player.

Finally, Eden Hazard has spoken out about his future plans and stated that he has not considered leaving Chelsea.

The Belgian has not been at his best this term so far, with reports linking him with a move overseas.

However, the former Lille man has stated that he has no problems with Jose Mourinho and anticipates a long future together with the Portuguese coach at Stamford Bridge.

“I don’t have a problem with him,” Hazard told The Telegraph.

“Maybe not this season because it will be difficult, but next season and on.”