And even though the Old Trafford outfit have not officially announced it yet, Dortmund have confirmed the move.

The Armenian is thought to have cost United a sum of 40 million Euros. But German media have broken down the true cost of the transfer with some interesting details.

Bild (via SportWitness) seem to believe that the agreement to bring Mkhitaryan to Old Trafford will cost Manchester United a total of 100 million Euros.

For a player with just 12 months left on his contract, that is a lot of money and it will be interesting to see if the Armenian can make an instant impact next season.

The Old Trafford outfit have already spent a lot of money to bring in Ibrahimovic and Bailly. They are also looking to sign the world class Paul Pogba this summer.

French defensive midfielder Blaise Matuidi is on his way to England to secure a transfer to the Premier League.

According to Goal, the defensive midfielder was allowed to travel to England yesterday for transfer discussions with an unnamed English club. The PSG star returned to France the same day in the evening.

Although no club has been mentioned so far, Goal are speculating that Manchester United could be the player’s destination. Mourinho is apparently looking to sign a defensive midfielder (hence his interest in Matic) and Matuidi’s agent Mino Raiola has already brokered two huge deals with United.

Chelsea and Liverpool have been linked with the player as well.

Furthermore, reports also emerged later in the day that the player attended the afternoon training session at Clairefontaine with the France squad. So it could be that Goal’s claims are off the mark or the player returned quickly after talks. 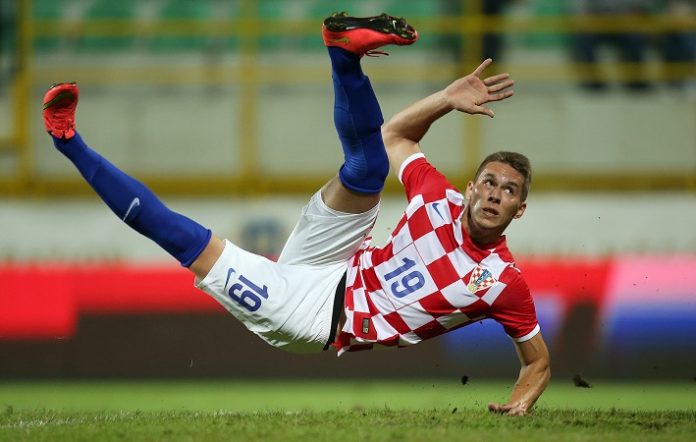 Croatian winger Marco Pjaca has made quite the impression with his cameo displays in the Euros this summer.

Pjaca has attracted a lot of interest due to his superb performances for Zagreb last season. The 21 year old winger scored 12 times and assisted 6 goals for his teammates.

According to latest reports, Liverpool are interested in signing the Croatian and are leading the race for his signature.

Liverpool’s need for a winger is no secret and if they loan the likes of Ibe and Kent, they will need another winger alongside Mane and Markovic.

The likes of Inter Milan and Dortmund have been linked with the player as well, but Zagreb’s Sporting Director believes that his future could be in the Premier League.