The 23-year-old left-back joined the London club earlier this summer and he has been very impressive for the Premier League side so far.

However, it seems that Real Madrid could exercise their buyback clause and bring the Spaniard back to the club. According to AS, the Spanish giants will have to pay around €10m more than they received from Tottenham for Reguilon. 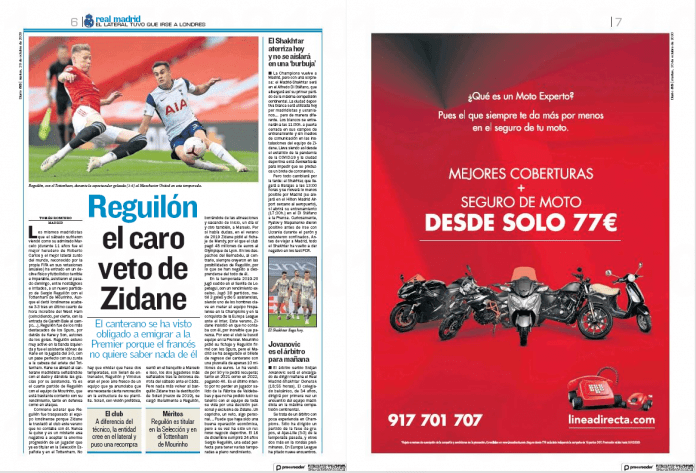 Real Madrid star Marcelo is past his peak and he will need to be phased out of the team soon. With Ferland Mendy as the only other reliable left-back option at the squad, it is understandable why Real Madrid are considering the option to bring back Reguilon.

The Spurs ace is an established international for Spain now and he has proven his quality in the Premier League as well. Reguilon is still only 23 and he could get better with experience and regular first-team football.

It is possible that he could develop into a top-class left-back in the future and the buyback clause in his contract seems like a wise move from Real Madrid now.

Tottenham will be thoroughly disappointed if Real Madrid come back for Reguilon at the end of this season or in the near future.

The Spaniard is the best left-back at the club already and he is a major upgrade on Ben Davies. Tottenham will have to work hard to replace him if he leaves next summer.

Jose Mourinho has finally managed to put together a competitive squad and the last thing he needs is for Real Madrid to come in and snap up one of his prized possessions.

It will be interesting to see how Reguilon reacts if his former club come calling once again. He left the club in search of regular football and Real Madrid will have to provide him with those assurances if they want to re-sign him.

Also, Zidane will have to accept the player as a part of his first-team plans. As per reports, the Real Madrid manager was not too keen on the 23-year-old and that is why Los Blancos decided to cash in on him earlier this summer.