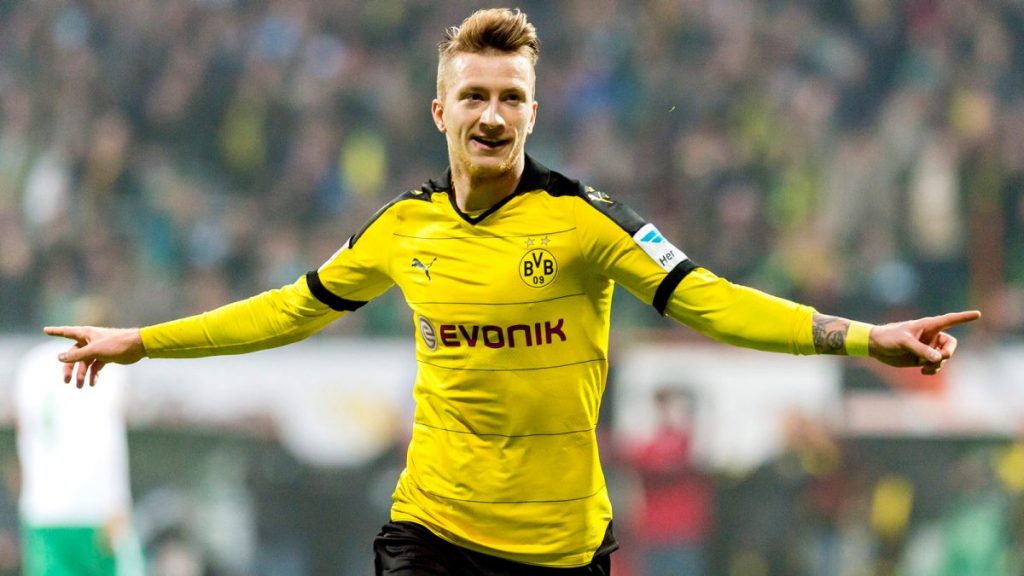 Tottenham are looking to add to their attack at the end of this season and Pochettino has identified Marco Reus as a target.

According to reports, Spurs are ready to submit a bid for the German international in the summer.

Reus will have just one year left on his deal at the end of this season and the forward has not signed an extension with Dortmund yet. He is looking to gauge the club’s ambition in the transfer market before signing a new deal.

The 28-year-old is a world class player on his day and he could be a tremendous addition for Spurs. Reus is being tracked by Liverpool as well. Jurgen Klopp has worked with the player before and he is well aware of the German’s strengths.

Despite his injury issues, Reus would be an asset for most teams in England.

Spurs have signed Lucas Moura in January and signing Reus will complete their attacking unit. The former PSG man plays on the right and Reus will operate as the left-sided forward.

Tottenham have been very impressive in the recent seasons but they have struggled to take the next step and win the title. Someone like Reus could elevate them to that level next season.

Also, given Reus’s contract situation it would be a no-brainer to move for him this summer. He is likely to be available on a bargain.