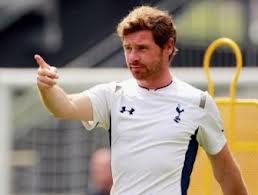 On Thursday night, at the ageing, run down yet romantic, atmospheric and wonderful White Hart Lane, Spurs will start another European adventure in the group stage of the Europa League. Lazio, fresh from three wins out of three in Serie A and with Brazilian Hernanes in fine form in midfield, will be the opponents with Panathinaikos and Maribor completing the group line-up.

Last year Spurs campaign in the Europa League was very disappointing. Harry Redknapp treated the competition with absolute disdain. He played second string sides throughout, spoke negatively of the effects it had on Spurs fixture list and couldn’t have been more contemptuous of the competition if he was Mitt Romney secretly being filmed talking about almost half of his country’s electorate.

Spurs duly went out in the group stage despite having a group draw that was almost laughably easy. The mighty PAOK of Salonika drew with Tottenham reserves at home and then at the Lane took advantage of the overall feeling of drift to snatch a win and deservedly knock out the uncaring, ungracious Lilywhites. Even Shamrock Rovers took the lead at the Lane in one fixture.

Redknapp’s snivelling disregard for the Europa League was disappointing, as Spurs have terrific history in the Europa League and in its previous guise of the UEFA CUP. Apart from the time two goals conceded in second leg injury time, the second a Stephen Carr own goal, saw Spurs go out of the competition to Kaiserslautern.

Two UEFA Cups and a European Cup Winners Cup (that the first European trophy won by a British side) are in the Spurs trophy cabinet. The first of those UEFA Cups in 1972 saw Spurs go undefeated throughout the tournament, something only five other winners of the competition have done.

The second of those in 1984 saw Spurs defeat Anderlecht on penalties in the final, with young unheralded goalkeeper Tony Parks (seen by a friend of the author years later cadging smokes behind the bike sheds when giving out trophies at a school awards ceremony) saving two penalties to win Spurs the trophy in a story of misty eyed romanticism. The fact Anderlecht were found years later to have bribed the referee in their semi-final against Nottingham Forest, and the magnificent reaction of the Spurs fans when Danny Thomas missed a penalty to win the cup made Spurs’ triumph all the sweeter.

Spurs have a wonderful history in European competition, from the nights in the 60s when the crowd would be swaying as one, singing Glory Glory Hallelujah, generating such noise legendary Benfica coach Bela Guttmann wouldn’t allow his Benfica players to warm up on the pitch. That was why Redknapp’s approach, while understandable as the Europa League is a ludicrously lengthy and arduous competition to win, was still disappointing.

Andre Villas-Boas won’t be taking the same approach. He won the Europa League 16 months ago with his swashbuckling Porto side and he’ll be looking to win it again. AVB will be desperate for some success, to show what he did at Porto wasn’t a ‘fluke’ as many an ill-informed British journalist will tell you, and show that he can have success with an English club.

While he may not play full strength sides every game, he won’t be doing what Redknapp did and pick players further away from the first team than Braveheart was from accurately depicting Scottish history. The likes of Hugo Lloris, Emmanuel Adebayor, Clint Dempsey, Tom Huddlestone, Steven Caulker and others should expect to be given playing time they’ve not been getting in league games so far.

Whereas Redknapp saw the Europa League as a negative, Villas-Boas has already said he is ‘grateful’ for the extra games, a way to give players short of games plenty of time on the pitch and perhaps assuage players concerns about perhaps not being picked sufficiently. Also it’s a chance to get the media off his back, further get the fans on side, get the Spurs side further acclimatised to his style of play and most of all, win some games. Winning is something Spurs haven’t done a lot of lately and which they obviously need to do much more of.

Winning won’t be easy in this group, though by no means is it a task of herculean proportions, or harder than completing the final level on Ape Escape on a Playstation 1.

Lazio are an excellent side, with three wins from their first three Serie A games under new coach (and between 2003 and 2008, full time charity worker) Vladimir Petkovic who as coach of Young Boys frightened the bejesus out of Spurs in the 2010 Champions League qualifiers. Midfielder Hernanes is in sparkling form, scoring twice at the weekend after successfully switching from his position behind the striker last season to a deeper role this term.

Miroslav Klose up front is still an excellent marksman at the age of 34 and unusually is playing very well for his club, something he hasn’t always done in a career where his exploits for Germany have far outshone his exploits for his clubs. Lorik Cana, ex-of Sunderland will partner Hernanes in midfield with Emmanuel Ledesma in the holding role. Gareth Bale if he’s picked could have a good game against them – the Lazio right back may well be former West Ham player Lionel Scaloni, a full back who at least in his spell in England showed little aptitude for defending. On Thursday night, these two sides will meet in what should be an excellent contest between two fairly evenly matched sides.

Of the other two sides in the group, Panathinaikos finished 2nd last year in the Greek Super League, qualified for the Champions League play-off round through the mini-tournament Greece has for teams that finished between 2nd and 5th to see who makes the Champions League qualifiers, before losing to Malaga.

They’ve started the season poorly with the aforementioned defeat to Malaga and only four points from three eminently winnable league games. Jean-Alain Boumsong being a regular starter in defence won’t put fear into the hearts of Spurs players after the comedy act he and Titus Bramble used to put on every week when they were centre back partners at Newcastle.

Maribor are Slovenian champions (their league is called the PrVa Liga) and Slovenia’s most successful ever club side. Like Panathinaikos they lost in the Champions League play-off round, losing home and away to Dinamo Zagreb. Aside from that disappointment they’ve started the season well, scoring eleven goals and conceding only one in their first three league games. In their captain, the Brazilian Tavares they have an excellent striker who’s their talisman and star player. Rangers came a cropper against them last season and they will pose a test to the giants (if not giants, then decently sized monsters) of the group.

The group for Spurs may be tricky by Europa League standards but they should still go through. Maribor and Panathinaikos may be tricky to play against but if Spurs play properly and don’t treat it with the arrogant indifference with which they treated it last year, they should go through. They’re good enough, talented enough and just need to be sufficiently focused to do the job and make it through to the knockout stages.

If Spurs go through, how far can they go? Can they win the tournament? Give dear old White Hart Lane a great send off for when Spurs move into their swish new stadium in a few years’ time?