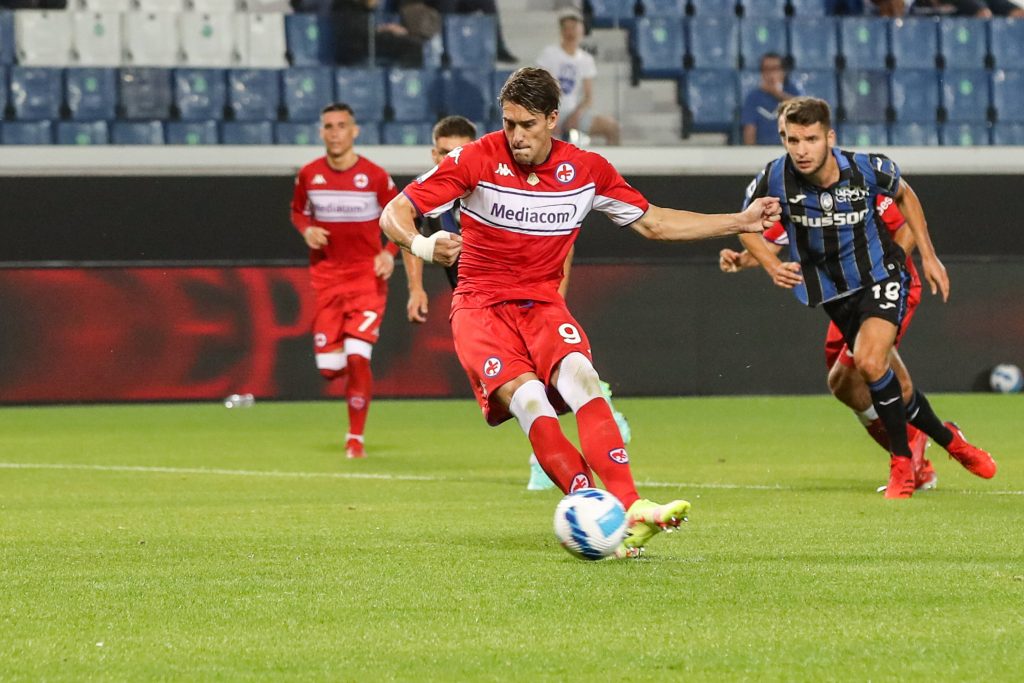 Tottenham Hotspur have not given up on the chase to sign Dusan Vlahovic.

According to reports from CalcioMercato, Spurs have made the 21-year-old striker their top target next summer.

The 21-year-old, who was in dazzling form last season (21 goals), has started the season on fire, scoring three goals in three Serie A games already.

Spurs were heavily linked with a move to sign the Fiorentina striker this summer.

Gazzetta dello Sport reported Tottenham were willing to pay up to €70 million (£60m) to sign the striker.

La Liga champions Atletico Madrid were also interested in signing Vlahovic and they had a bid for the youngster turned down by the Viola.

Fiorentina were desperate to keep the striker with them. Fabrizio Romano, the transfer guru, claimed that despite Tottenham’s interest, the north London club didn’t submit a bid for him.

Vlahovic would be a massive signing for the north London club. He is a highly-rated young talent who is enjoying a rich vein of form.

This summer, Spurs managed to keep hold of Harry Kane who was heavily linked with a move to Manchester City. Pep Guardiola’s side were not willing to pay the £150m amount Spurs were demanding and the transfer didn’t materialise.

However, Kane will have two years remaining next summer, and Spurs will be looking to cash in on him provided he doesn’t end up signing a new deal in between.

In case they agree to sell him, Spurs can sign Vlahovic as his replacement. Even if they don’t sell him, the north London club will still need to sign a top striker to bolster their attacking ranks.

As it stands, Spurs appear to be preparing their grounds to sign Vlahovic next summer.