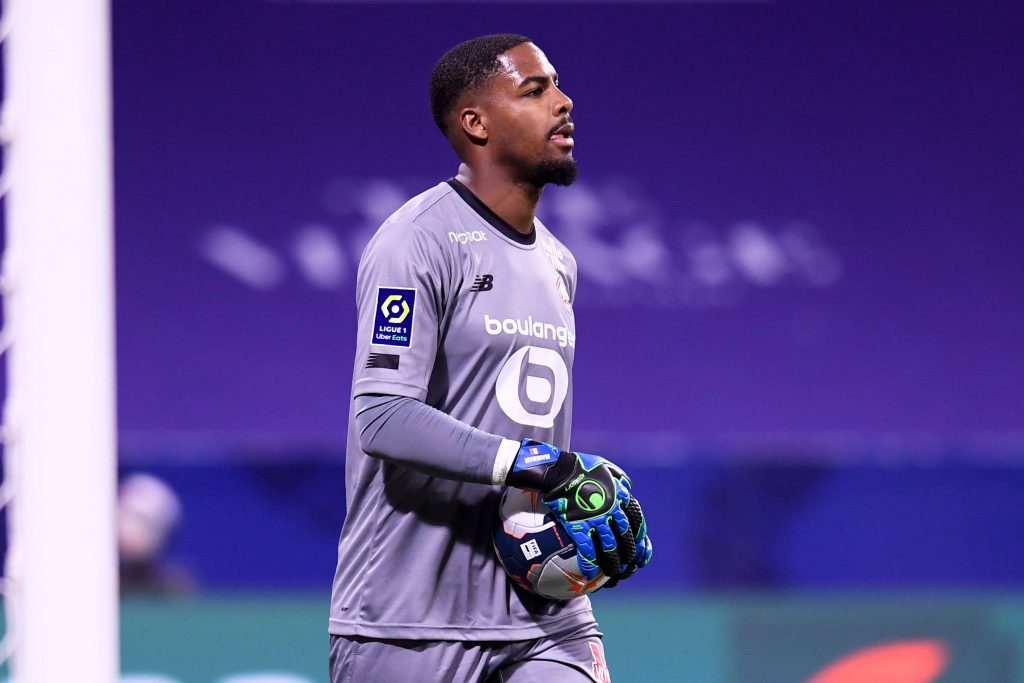 Lille goalkeeper Mike Maignan is being targeted by AC Milan as a possible replacement for Gianluigi Donnarumma.

Maignan has enjoyed a fine time at Lille since breaking into the starting XI in the 2017/18 season.

He won Ligue 1 Goalkeeper of the Year in 2019 and currently sits at the top of the table in a tense title race.

His performances have also earned him a cap for the France national team. Having made 37 appearances for his country at youth level, Maignan was given his senior debut in a friendly at home to Ukraine in October.

The 25-year-old has been strongly linked with a move to Tottenham Hotspur for a while now. Club captain Hugo Lloris is 34 now and has just over one year remaining on his current deal. Maignan was expected to be his long-term replacement.

However, should Spurs make a move for the Lille man, they may face some competition, with Italian journalist Pietro Mazzara reporting that Milan are also looking at the goalkeeper in case Donnarumma moves on.

At just 22-years-of-age, Donnarumma has risen to prominence as one of the world’s finest goalkeepers, attracting the attention of several top European sides. The Rossoneri are desperate to keep him at the San Siro.

However, they may face some difficulty in persuading him to stay. The Italian’s contract expires in the summer, and there is little indication that he will renew.

Recent reports suggest that the club have given him until May 23 to sign a new deal, or they will let him go.

If he does leave, it will be a bitter blow to Milan, who will have lost one of their most valuable assets on a free transfer.

It will also severely dent their chances of launching a title challenge next season, having failed to capitalise on their promising start this year.

Having sat at the top of the Serie A table as recently as February, Stefano Pioli’s men are now in fourth place, 13 points behind rivals Inter Milan with just six games remaining.