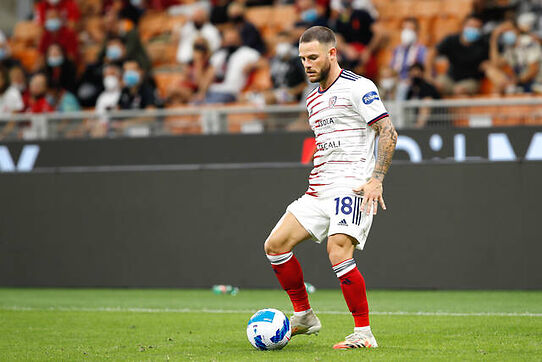 Cagliari sporting director, Stefano Capozucca has given his thoughts on the recently concluded transfer window.

He believes that the Serie A club have worked with intelligence while dealing with some of their key players, especially Nahitan Nandez.

Capozucca has revealed to L’Unione Sarda (h/t Calciomercato) that the Uruguayan midfielder had received offers from several clubs this summer, but Cagliari couldn’t accept those.

Nandez was heavily linked with a move to a host of clubs this summer including Leeds United.

The Italians were demanding a fee of €36 million (£31 million) for Nandez to be paid in two instalments. However, Leeds wanted to get the price lowered, and eventually, the deal collapsed.

The message was pretty clear from them – any potential buyer will have to pay the asking price. He has claimed that the 25-year-old had held talks with Tottenham Hotspur, Inter Milan, Napoli and Roma, and they couldn’t reach an agreement.

The Cagliari chief admitted that it is obvious that the player was disappointed. He wanted to join a big club and had thoughts of leaving. However, now that he has stayed on, the club believe he will give his best.

Nandez is a top-class player who would have been a fantastic addition for both Leeds and Spurs. However, the price set by Cagliari was too much.

Spurs have signed several exciting players this summer but they couldn’t add a midfielder despite the departure of Moussa Sissoko.

Nandez is expected to leave the club at some point in the future, and it will be interesting to see whether Leeds or Spurs make another attempt for him in January or next summer.