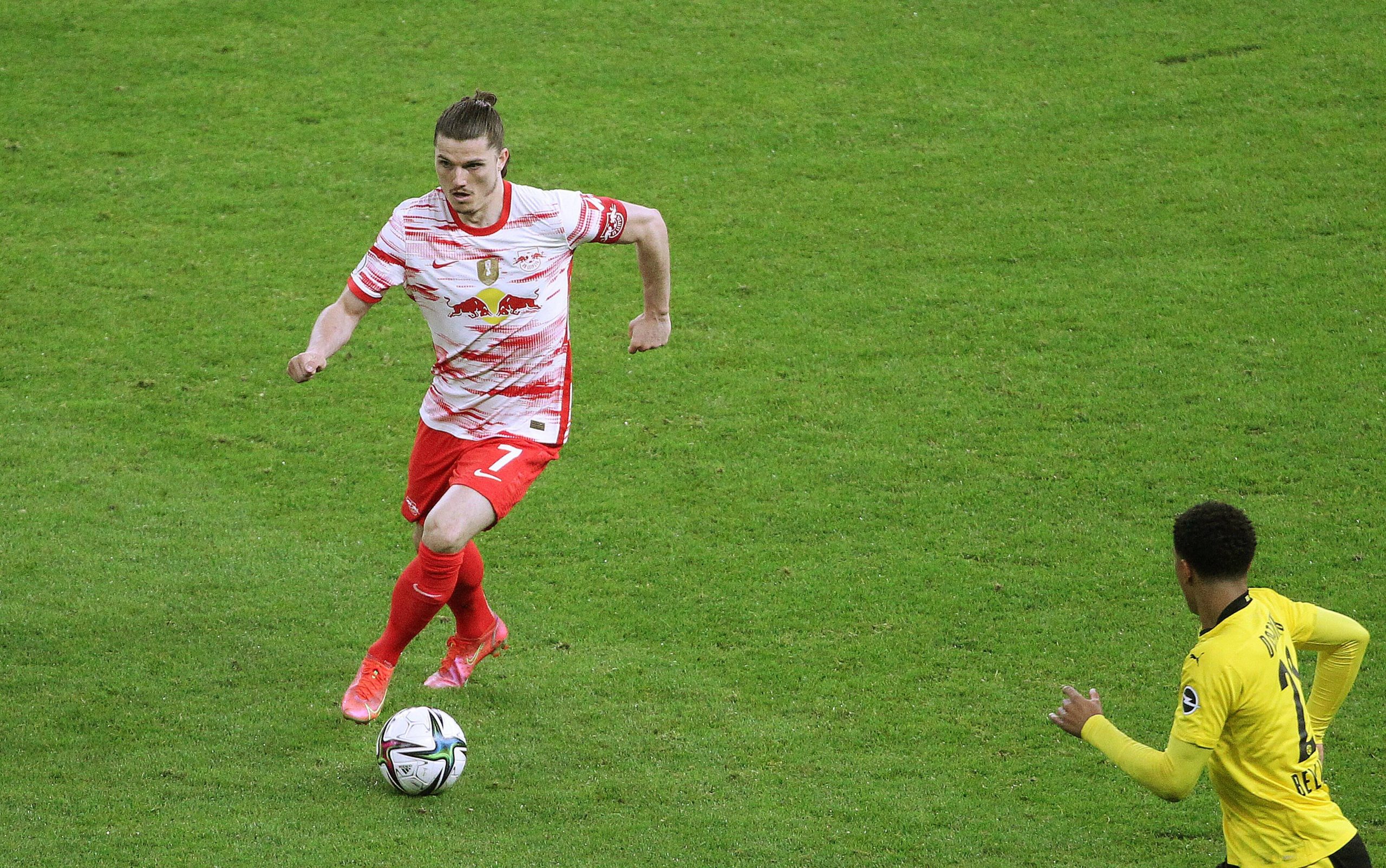 According to Alasdair Gold from football.london, the Premier League club are also tracking Nikola Milenkovic.

He said: “I know Milenkovic is a player Spurs do like, and he fits that young leader profile they go for.”

“Both are players that Spurs like a lot. I do believe they will try to compete for both players’ signatures this summer.”

Spurs have been linked with Sabitzer for months now and may be ready to make a concrete offer for the 26-year-old once the season ends.

The Bundesliga star can operate in several roles across the midfield and would be a superb addition, adding much-needed goals and assists.

Pierre-Emile Hojbjerg and Tanguy Ndombele are quality players, but the Spurs midfield is severely lacking in goals.

Sabitzer could complete their midfield trio next season. The Austrian has bagged eight goals and six assists this season.

The London outfit also need to sign a quality defender in the summer, and Milenkovic would be a smart addition.

The 23-year-old has excelled in Serie A, and Spurs will be eager to convince Fiorentina to part with his services this summer.

The highly-rated centre back has a contract until 2022, and Fiorentina could be forced to cash in on him if the player refuses to sign an extension.

Davinson Sanchez has been linked with a move away from Tottenham, and Milenkovic could be the Colombian’s replacement.

Milenkovic has scored three goals in Serie A this season and would be a direct threat from set-pieces due to his aerial prowess.

It is important to note that Spurs have been linked with these players in recent months, and their transfer targets could easily change once the new manager is appointed.

Read: What the Spurs fans have to say about Real Madrid’s interest in Ndombele.