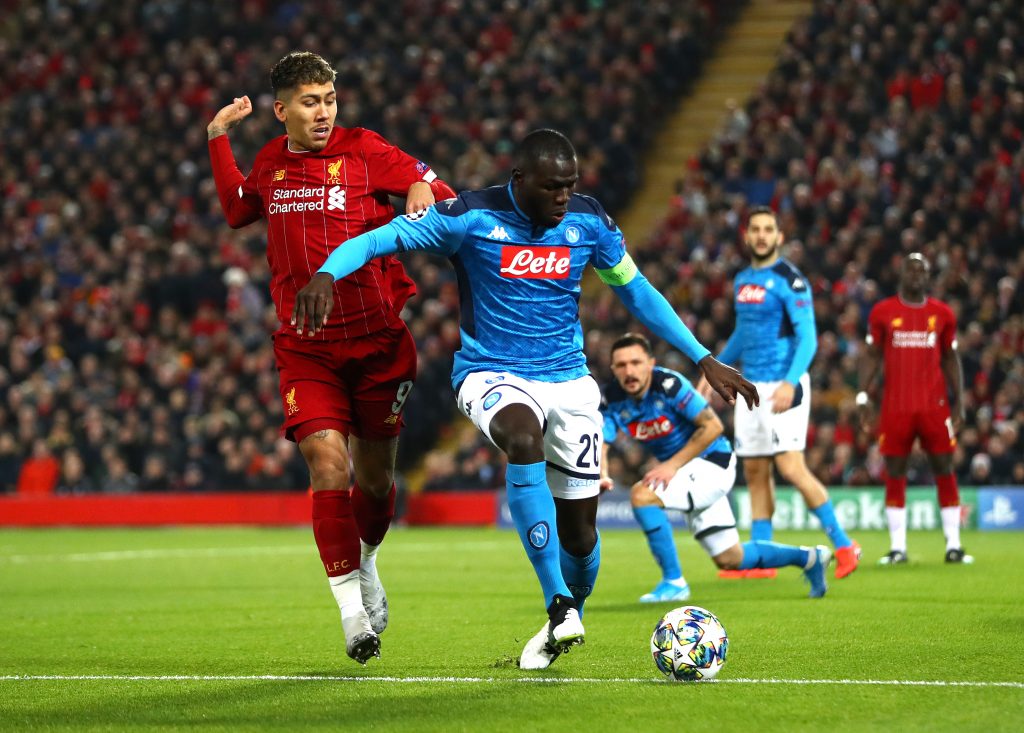 Napoli defender Kalidou Koulibaly has been linked with a move away from the club this summer.

According to Calciomercato (via Sportwitness), Tottenham are interested in the player and they are ready to submit an offer for him.

However, the 28-year-old player is keen on a move to a ‘top club’ and the idea of joining Spurs is not attractive enough for him.

The likes of Liverpool, Real Madrid and Barcelona have been mentioned as his preferred destinations.

It will be interesting to see where Koulibaly ends up this summer. He is a world-class defender who would improve almost every team in the world.

If Spurs manage to tempt him, it would be a sensational signing for them.

Jose Mourinho is a world-class manager and perhaps he could change the player’s mind. It will be interesting to see what happens in the coming weeks.

Tottenham will have to agree on a fee with Napoli first. The Italian club won’t sell cheap and the Londoners will have to break their transfer record to land the centre back.

Koulibaly would improve them immensely at the back. He could be a Van Dijk-esque signing for Jose Mourinho’s team.

That said, affording him could be tricky for Spurs given the amount of financial stress they are in because of the Covid-19 pandemic.

Clubs have lost a lot of revenue due to the suspension of football in recent weeks.