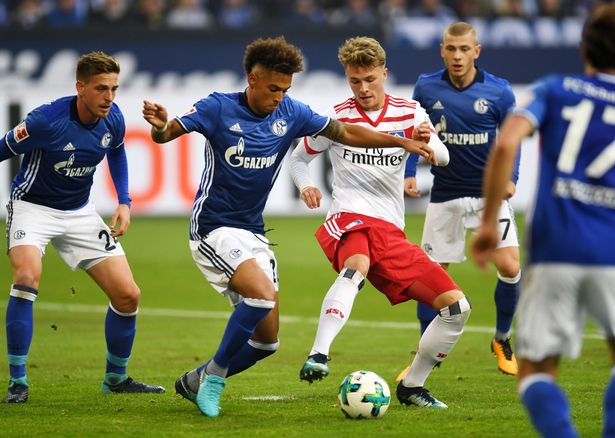 The 17-year-old has been sensational for Hamburg’s youth teams and he has managed to break into the first team scene as well. Recently Arp became the first player born in 2000 to play and then score in the Bundesliga.

According to Daily Mirror, Spurs and Everton are both keeping an eye on the prolific German forward and they could make a move for him soon.

Arp’s contract at Hamburg expires in 2019 and his suitors could look to snap him up on a bargain at the end of this season.

The German has been compared to England striker Harry Kane because of his playing style. Arp has recently confirmed that he admires the Spurs star.

He said: “There are many good strikers that you can learn a lot from by watching. But if there was just one player I had to pick as my role model, it’s Harry Kane. He plays the way I want to play. He’s pacy and very comfortable with and without the ball. It’s difficult to stop him. You need to pay attention for 90 minutes because he can score at any time.”